Tulsa forward earns weekly award for the first time, after picking up 8 points in the Oilers’ three wins last weekend. 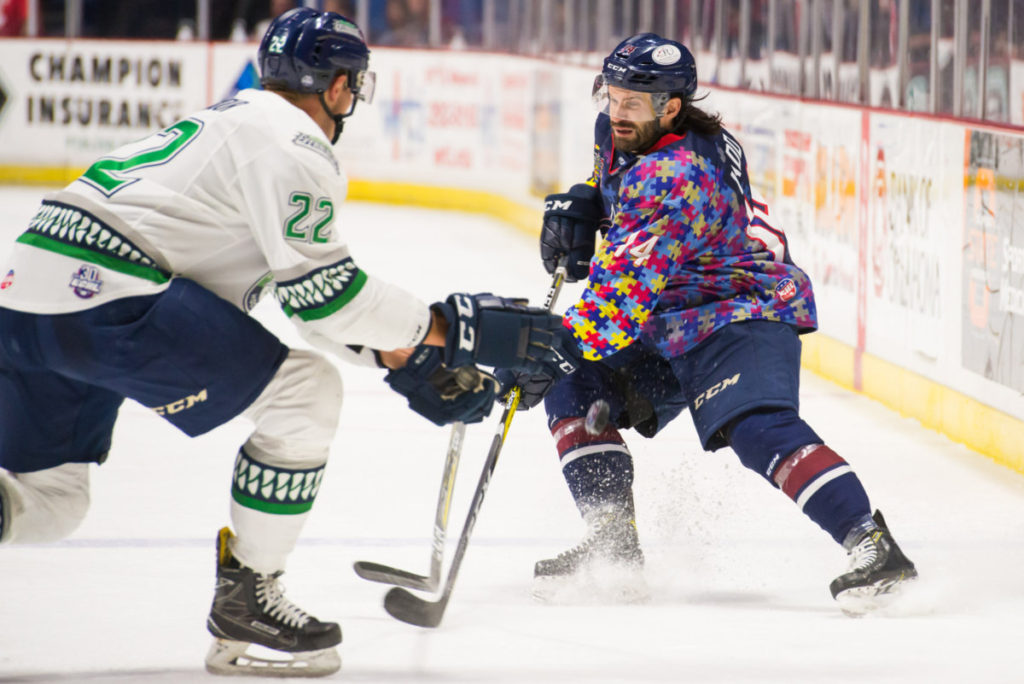 PRINCETON, NJ – Garrett Ladd of the Tulsa Oilers is the Sher-Wood Hockey ECHL Player of the Week for the week of Feb. 12-18.

Ladd scored three goals, added five assists and was a +6, helping the Oilers to a 3-0-0 record last week.

A native of Fenton, Michigan, Ladd has posted 33 points (18g-15a) in 30 games with the Oilers this season. He began the season in Europe with the Coventry Blaze of the Elite Ice Hockey League where he had six points (3g-3a) in eight games.

Prior to turning pro, he tallied 111 points (37g-74a) in 85 career games at the University of Wisconsin-Stevens Point.

The Tulsa Oilers host the Colorado Eagles Friday and Saturday night at 7:05pm on the York Plumbing Ice at the BOK Center to cap off a five-game home stand. Friday night is Military Appreciation Night, presented by Budweiser. The Oilers will be donating tickets to local military and veterans organizations, and the team will wear special jerseys that will be auctioned off following the game.

Tickets are available by calling 918-632-7825 or visiting www.tulsaoilers.com. Purchase tickets as low as 40% off for groups of 10 people or more.