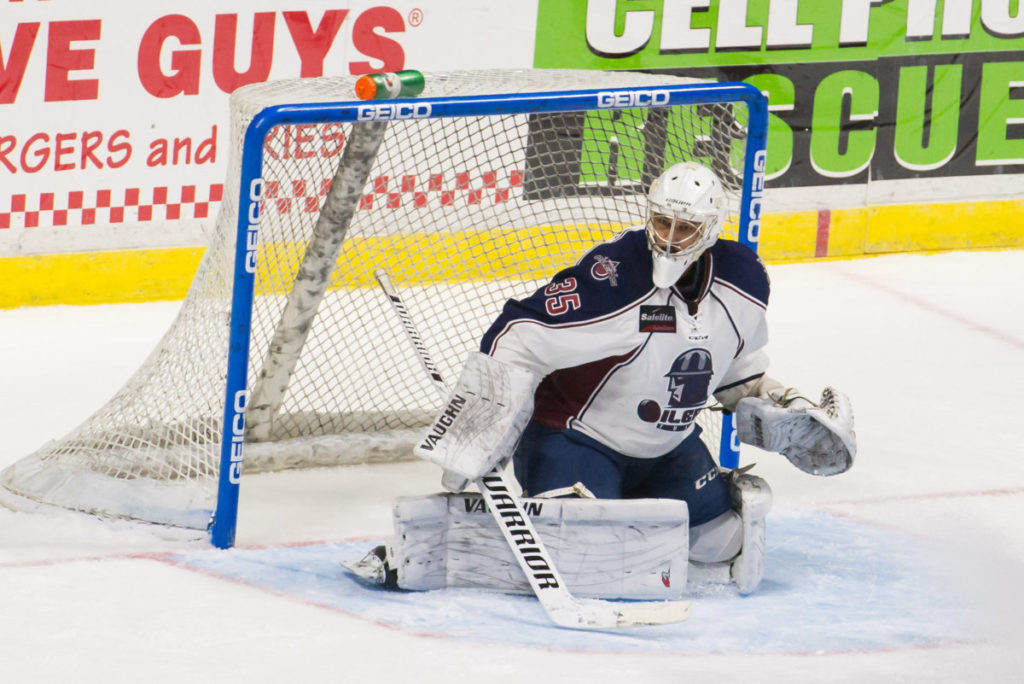 PRINCETON, NJ – Tulsa Oilers rookie Devin Williams has been named the CCM ECHL Goaltender of the Week for Oct. 23-29.

Williams went 3-0-0 with one shutout, a 1.78 goals-against average and a save percentage of .951 in four appearances last week.

The 22-year-old stopped all four shots he faced in relief on Wednesday against Wichita before making 33 saves in a 4-3 win against Allen on Friday, turning aside all 45 shots he faced in a 2-0 victory over the Americans on Saturday to earn his first pro shutout, and stopping 35 shots in a 4-3 overtime win at Allen on Sunday.

A native of Saginaw, Mich., Williams has appeared in five games with Tulsa this season posting a record of 4-0-0 with one shutout, a 1.83 goals-against average – which ranks third in the league – and a .949 save percentage, which also is third in the league.