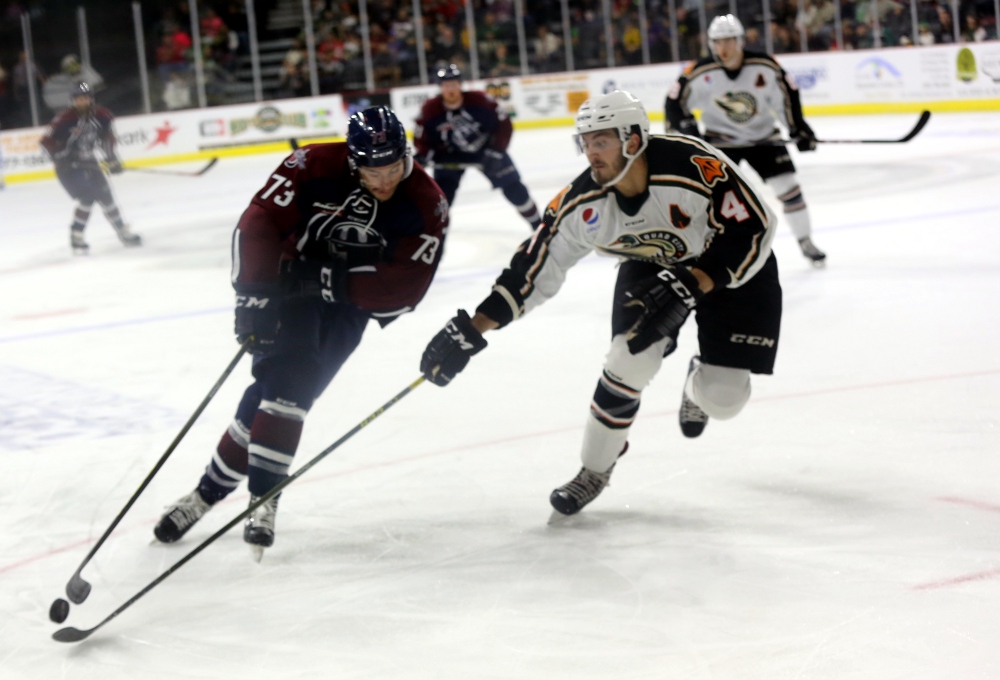 WEEK IN REVIEW
The Oilers earned their first road victory of the season on Friday night as they blanked the Mallards 1-0.  Kevin Carr turned in an 18-save performance for his fourth career shutout and Brandon Wong scored the only goal of the game on a second period power play.

Saturday, the Oilers rallied from one-goal deficits on three occasions but ultimately fell short in a 5-3 setback to the Mallards.  A backhand shot from Raphael Bussieres at 14:37 of the third period put the Mallards out front for good and forced the Oilers to settle for a weekend split.  Tulsa winger Phil Brewer scored two goals and goalie Jussi Olkinuora stopped 32 shots in a losing effort.  The Oilers suffered their first regulation loss in their last seven visits to the iWireless Center.

SCOUTING THE MAVS
The Oilers and Mavericks face off on Friday night for the first of 13 meetings during the 2015-16 season.  The Mavericks, 4-1-0-0, took two out of three games from the Alaska Aces on opening weekend and followed with a two-game sweep of Wichita last weekend.  All-time the Oilers are 15-36-4 against Missouri with a 7-15-4 record at the BOK Center.

SOMETHING IN THE WATER
Dating back to last season, Oilers’ goalie Kevin Carr is 4-0-2 at iWireless Center.  In those six appearances, the second-year pro from Unionville, Ontario has posted a .966 save-percentage, a 1.00 goals against average, and two shutouts.  Carr has not allowed more than one regulation goal to the Mallards in any of his last five starts at iWireless Center.

DOUBLING DOWN
Phil Brewer, Dan DeSalvo, and Dennis Brown became the first Oilers to record multiple points in a single game this season when each player recorded a pair of points in Saturday’s loss at Quad City.  Brewer scored game-tying goals in the second period and again in the third period for his first two tallies of the season, while DeSalvo and Brown assisted on both of Brewer’s strikes.

STREAKING
Tulsa center Brandon Wong is on a three-game point streak (2 goals, 1 assist) and has scored the game-winning goal in each of the Oilers’ victories so far this season.  The Victoria, British Columbia native potted the Oilers’ first power play goal of the season on Friday in Quad City and chipped in assist on Saturday against the Mallards. 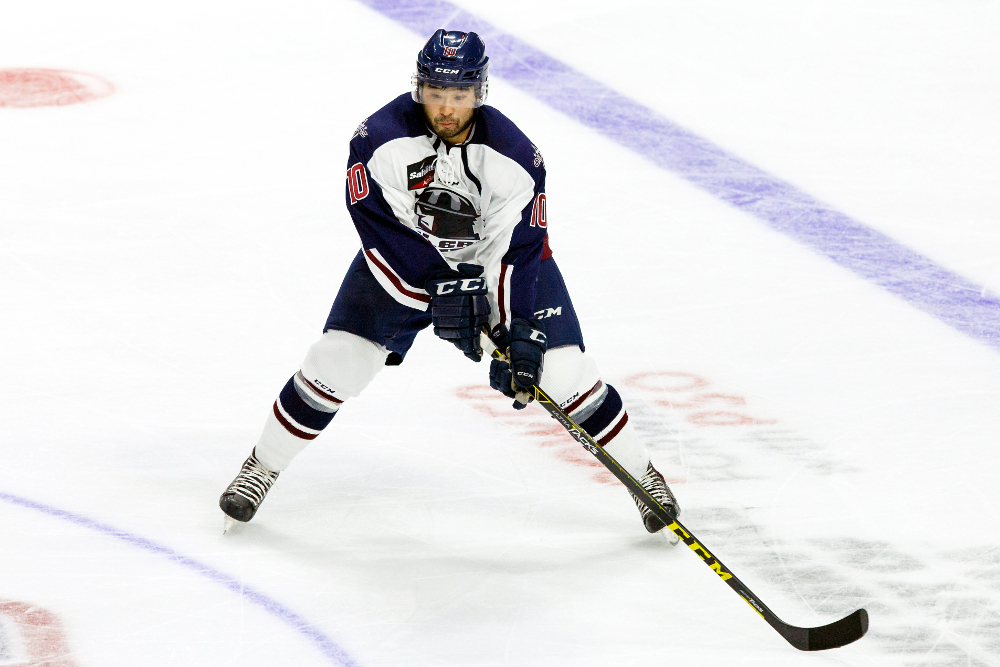 BROWNIE POINTS
Defenseman David Brown, recently acquired by Tulsa in a trade from Manchester, made his Oilers debut on Friday night and notched his first point as an Oiler with an assist on Brandon Wong’s power play goal.  A 26-year old native of Cypress, California, Brown appeared in 47 games last season with the Ontario Reign after concluding a four-year college career at Western Michigan University.

WANNA GO?
The Oilers did not engage in a fight through the first three games of the season but in the first period of Friday’s tilt with the Mallards, forwards Brady Ramsay and Brian Nugent decided to drop their gloves.  Ramsay squared off with Quad City defenseman Austin Coldwell and Nugent traded punches with Mallards’ d-man, Jake Baker.

EXTRA DROPS
Dan DeSalvo ranks fourth among all ECHL rookies with four assists…The Oilers allowed 37 shots on goal to the Mallards on Saturday, the highest shot total of any opponent through the first five games of the season…The Oilers have been tied with their opponent after the first period of all five games…Tulsa is averaging 2.2 goals per game and surrendering 2.6 goals per game.

Are you looking for the top Things To Do in Tulsa?