Tulsa prepares for first meeting with rivals Kansas City and Wichita on Friday and Saturday at BOK Center. 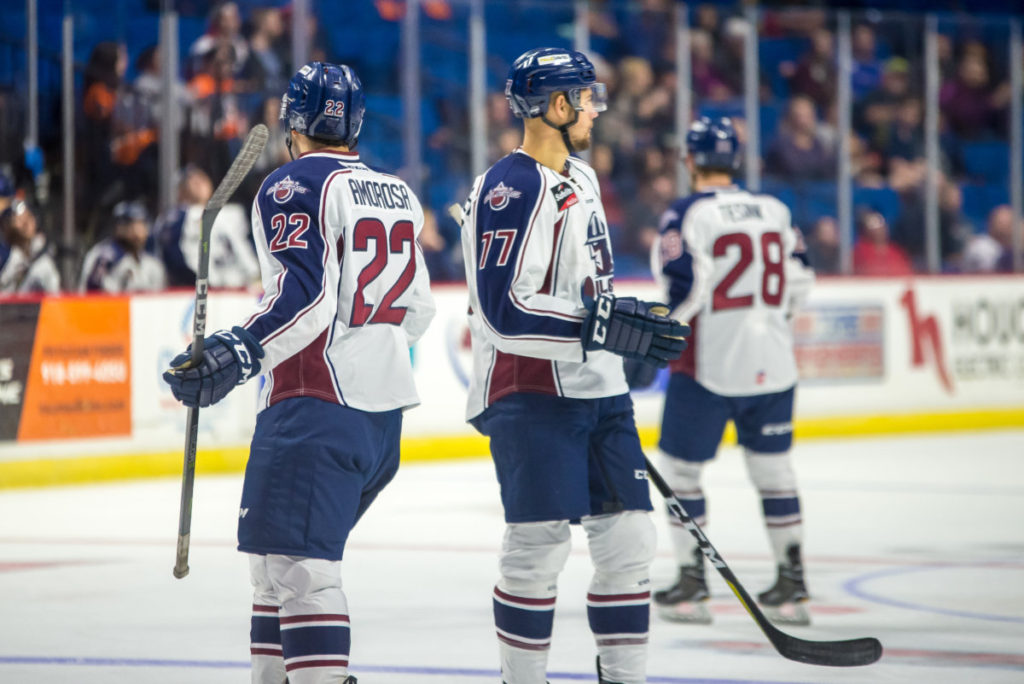 >> The Oilers grabbed the first installment of hockey’s version of the Red River Shootout on Saturday with a 6-4 win over the rival Americans. Charlie Sampair scored his first of the year to give Tulsa an early lead, but Allen evened the score 1-1 at the first break. The Oilers then opened up a 4-1 second period cushion, thanks to goals from Alex Kromm, Jared Thomas and Scott Henegar. The Americans crawled back to within one in the third period, but Peter Sivak tallied a short-handed empty net goal to put Tulsa back ahead 5-3. Allen later scored on that same power play in the final minute of regulation, but Chris Francis added another empty net goal to seal the victory.

The Oilers reached 50+ shots for the second time in the last five home games dating back to last season. Tulsa’s 53 shots Sunday was one shy of the 54 posted April 6 vs. Rapid City at the end of last season…Tulsa’s four veteran skaters (Chris Francis, Steven Kaunisto, Peter Sivak and Adam Pleskach) have combined for 1,614 pro games (ECHL or higher) and have totaled 1,124 points (464 goals, 660 assists) between them. So far this season, the four Oilers vets have 11 points (5g, 6a) in the team’s first three games.