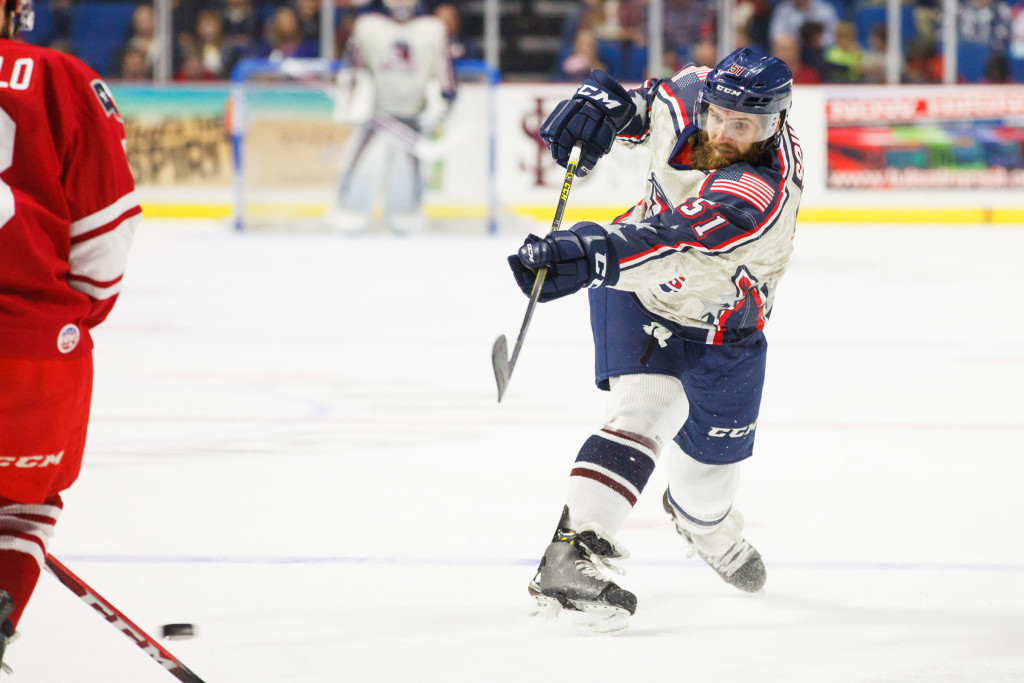 WEEK IN REVIEW
On Veterans’ Day in Wichita, the Oilers suffered their first shootout loss of the season, a 2-1 setback to the Thunder.  Brandon Wong scored the only goal of the game for Tulsa and Wichita forward Anthony Deluca delivered the game-winner in the fourth round of the shootout as the Oilers were forced to settle for a single point on the road.

Back home on Friday for Budweiser Military Night benefiting Folds of Honor, the Oilers clawed back from a two-goal deficit only to come up short in a 3-2 loss to the Allen Americans.  Kyle Bochek recorded his first two goals of the season in a combative affair that featured three fights.  The Oilers three-game home winning streak was snapped as the Americans leveled the season series at 2-2.

FEELING FEISTY
The Oilers were assessed a season-high three fighting majors in Friday’s loss to the Americans and over their last five games, the Oilers have been involved in a total of ten fights.  Tulsa is tied for third in the ECHL with 13 majors this season and ranks ninth in the league with 16 penalty minutes per contest.

IMPORTING AND EXPORTING
On Thursday, the Oilers traded forward Darian Dziurzynski to the Greenville Swamp Rabbits in exchange for forward Emerson Clark.  In nine games this season for Greenville, Clark, 22, recorded three goals, two assists, and 25 penalty minutes.  A third-year pro from Whitby, Ontario, Clark appeared in 62 games for Greenville during the 2014-15 season and posted 25 points (16 goals, 9 assists) to go along with a team-high 217 penalty minutes.  The 5-foot-10, 180-pound winger split time in his rookie campaign of 2013-14 between the Toledo Walleye and Greenville. Dziurzynski departed Tulsa after putting up two goals, two assists, and 16 penalty minutes in nine games.

NEW MIDDLE MAN
Last week the Oilers signed center Christophe Lalancette (lah-LAWN-set), a 24-year old from Roberval, Quebec.  Lalancette, who started the season in Wheeling but did not appear in a game for the Nailers, made his professional debut on Wednesday night in Wichita.  A fourth round draft pick of the San Jose Sharks in 2012, Lalancette played five seasons of major-junior hockey in the QMJHL before turning pro. 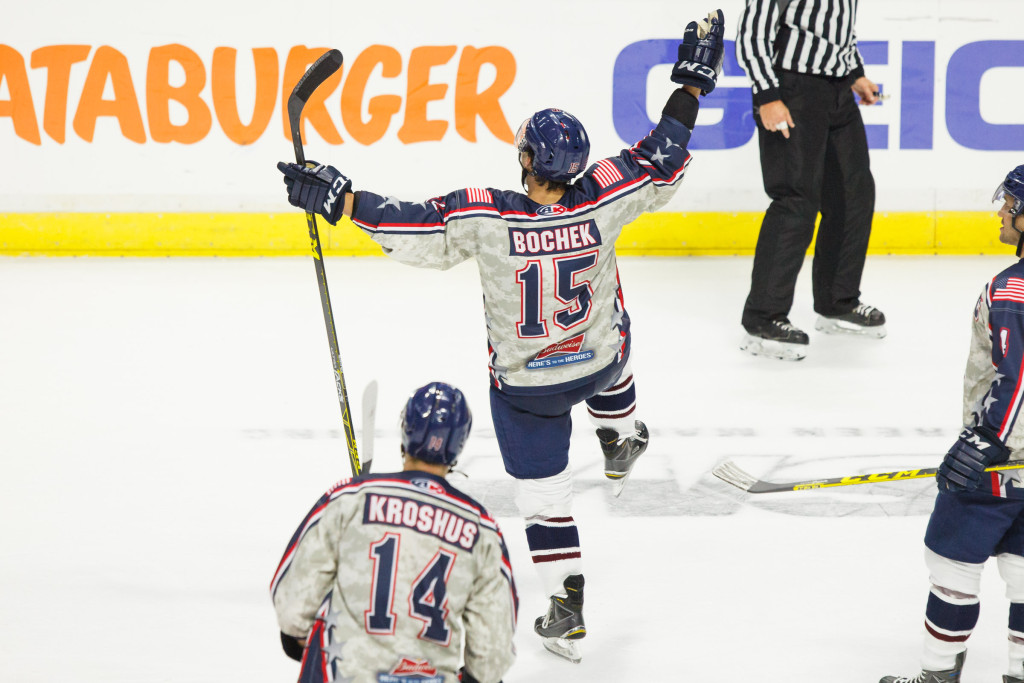 SIGNS OF LIFE
Last week, the Oilers scored power play goals in back-to-back games for the first time this season.  Brandon Wong potted a rebound on a 5-on-3 power play in Wichita on Wednesday and Kyle Bochek deflected home a slap shot on a 5-on-4 advantage on Friday against Allen.  Tulsa stands at 21st in the ECHL with a power play success rate of 13.2-percent.

STANDING TALL
Goaltenders Kevin Carr and Jussi Olkinuora, who have been alternating starts through the first 11 games, have combined for a 2.33 goals against average and a .916 save percentage.  The Oilers are one of five teams in the ECHL to have both goalies rank in the top 20 in goals against average.

CENTURY MARK
Brandon Wong’s power play strike in Wichita last Wednesday was the 100th career goal for the Victoria, British Columbia native.  Wong is in his seventh season as a pro and has posted at least 20 regular season goals in each of his previous four seasons in the ECHL.

EXTRA DROPS
20-year old forward Igor Vladykovskii made his pro debut against Wichita last week…The Oilers will play three games in three days over each of the next two weekends…Tulsa is 0-6 this season when giving up the first goal of the game…With two goals against Allen last Friday, Kyle Bochek joined Phil Brewer as the only Oilers to record multiple goals in a single game this season.

Are you looking for things to do in Tulsa?