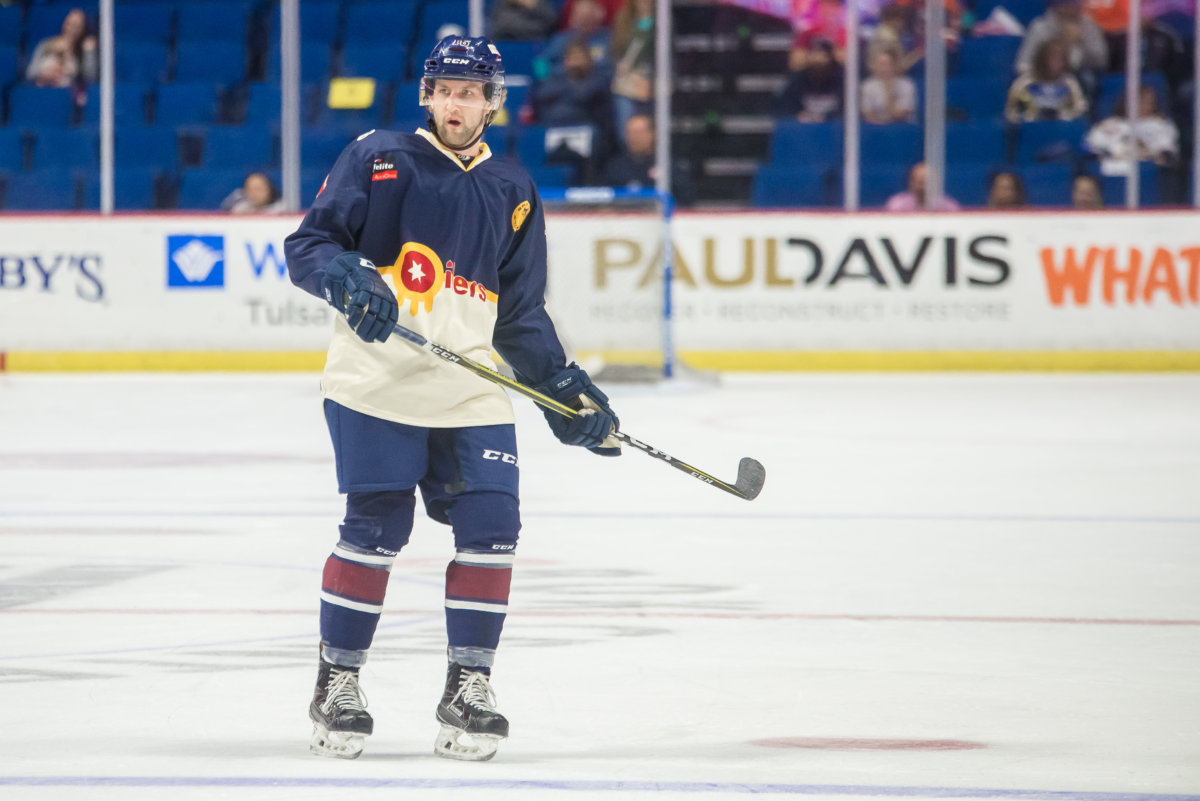 >> The Tulsa Oilers won their third straight road game Friday in the first of a weekend home-and-home series with the Allen Americans. Scott Henegar returned to the Oilers lineup after missing six games and scored 3:43 into the game. Tulsa’s Adam Phillips made it 2-0 later in the frame with a power play goal, extending the Oilers’ streak to five straight games with a tally on the man-advantage. The Americans flipped the momentum in the second period and tied the game thanks to a pair of goals from Pavel Jenys, but Oilers defenseman Steven Kaunisto broke the 2-2 tie with 6:38 left in regulation to give Tulsa the 3-2 win.

>> After a scoreless first period in the rematch Saturday in Tulsa, the Americans jumped in front when Adam Miller scored on a 2-on-1 rush 4:15 into the middle stanza. The Oilers heavily outshot the Americans 32-15 in the first 40 minutes, and ended the game with a 42-23 shots advantage, but the story all night was Allen goaltender C.J. Motte, who stopped all 42 shots to earn his second shutout of the season. It was Tulsa’s first regulation loss on home ice, and the first time the Oilers had been held under two goals in a game this season.

The Oilers have outshot their opponent in 10 of the 13 games this season, going 5-2-3 in those games. Saturday was the seventh time Tulsa reached the 40-shot plateau already. The team has reached 50+ shots twice…Tulsa’s 38.46 shots on goal per game leads the ECHL and the Oilers are averaging 2.39 more shots per game than Manchester (36.07), who has the second most…The Oilers saw a streak of five straight games with a power play goal end in the 2-0 loss to Allen Saturday. Tulsa also saw a stretch of eight consecutive one-goal games come to an end.

The Tulsa Oilers will be holding their annual Teddy Bear Toss game this Saturday when they host the Wichita Thunder at 7:05pm at the BOK Center. Fans are encouraged to bring as many Teddy Bears as they can carry to the game. When the Oilers score their first goal, fans will throw all the Teddy Bears on the ice, which will then be donated to the Salvation Army.