OILERS TAKE TWO OUT OF THREE ON THE ROAD IN IDAHO

Tulsa finishes successful road trip to Boise with dramatic comeback win to take the three-game series against the Steelheads. 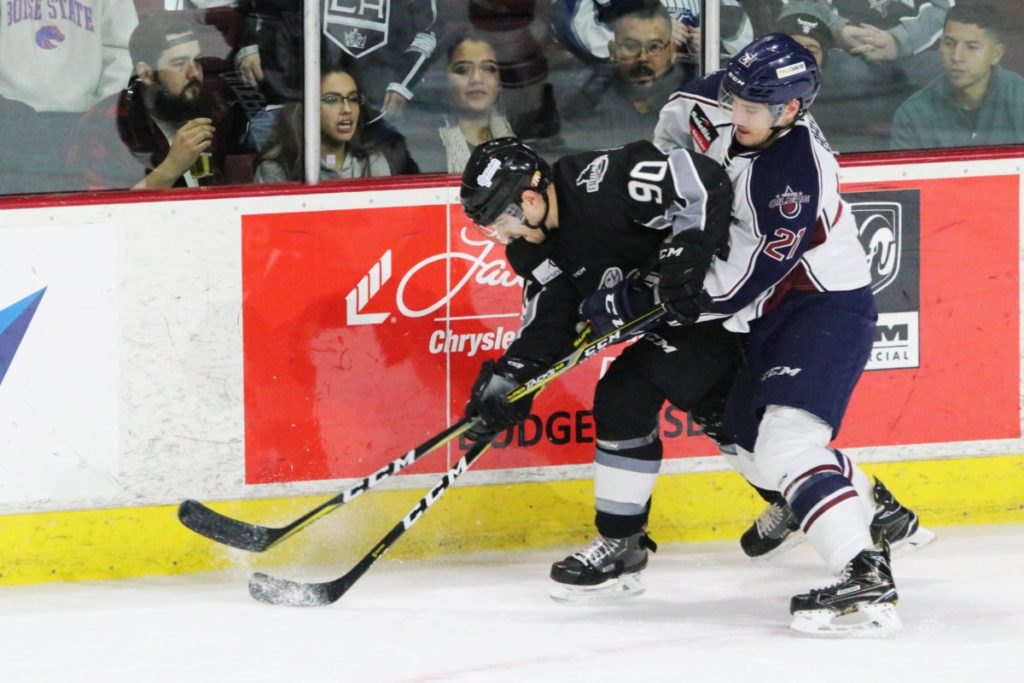 >> The Oilers got off to a slow start in their first road game of the season Wednesday, when Idaho struck twice in the first 5:24 of the first period and led by a 2-0 score at the end of one. Shortly after Tulsa killed off a second period penalty, the Steelheads advanced their lead to 3-0 at 6:34 of the frame. Oilers rookie defenseman Kyle Rhodes ripped a power play goal into the net to make it 3-1 after two and Peter Sivak scored from the point with 7:20 left in regulation, but Tulsa couldn’t dig out of the hole completely and fell short 3-2.

>> Tulsa got off to a fast start Friday when Dylan Bredo scored his first pro goal 1:26 into the game on a power play. Chris Forney then tallied his first career goal midway through the period, and Kyle Rhodes made it 3-0 before the first intermission. The Steelheads briefly cut into the lead in the second period, but Adam Pleskach answered off of a face-off win to put the Oilers up 4-1 after two. Idaho scored during a 4-on-4 and again 59 seconds later on a 4-on-3 power play to quickly cut Tulsa’s lead to 4-3 with 6:22 left in the final frame, but Evan Fitzpatrick and the Oilers held on to win.

>> The Steelheads reversed the script from Friday and sprung to a 3-0 first period lead, before Steven Kaunisto stopped their momentum by getting the Oilers on the board late in the frame. Roman Ammirato then brought Tulsa to within one with a goal in the final minute of the middle stanza. Idaho added an insurance goal early in the third period, but Oilers captain Adam Pleskach scored a power play goal and Stephen Perfetto provided the equalizer with 55.9 seconds left in regulation to force overtime. Ammirato provided the heroics in the extra period, completing Tulsa’s comeback with a dramatic game-winner with 15 seconds left.

The Oilers have earned at least a point in 10 of the team’s first 11 games…Wednesday’s 3-2 loss was Tulsa’s first loss in regulation…Stephen Perfetto (1g, 2a) recorded the Oilers’ first 3-point game of the season Saturday in the 5-4 overtime win…Tulsa overcame a 3-0 deficit Saturday to win, giving the Oilers its biggest comeback victory of the season.

After a brief stop in Allen, Texas next Friday, the Oilers return home Saturday, November 17 to host the Allen Americans at 7:05pm on the York Plumbing Ice at the BOK Center. The Oilers will celebrate Tulsa Flag Night and will wear special jerseys bearing resemblance to the Tulsa flag, which will be auctioned off live following the game.