OILERS WIN ONLY GAME OF THE WEEK, AS SATURDAY’S FINALE IS POSTPONED

Tulsa travels to Allen Wednesday before hosting Quad City three times next weekend, after Saturday’s game in Kansas City was moved to April 2. 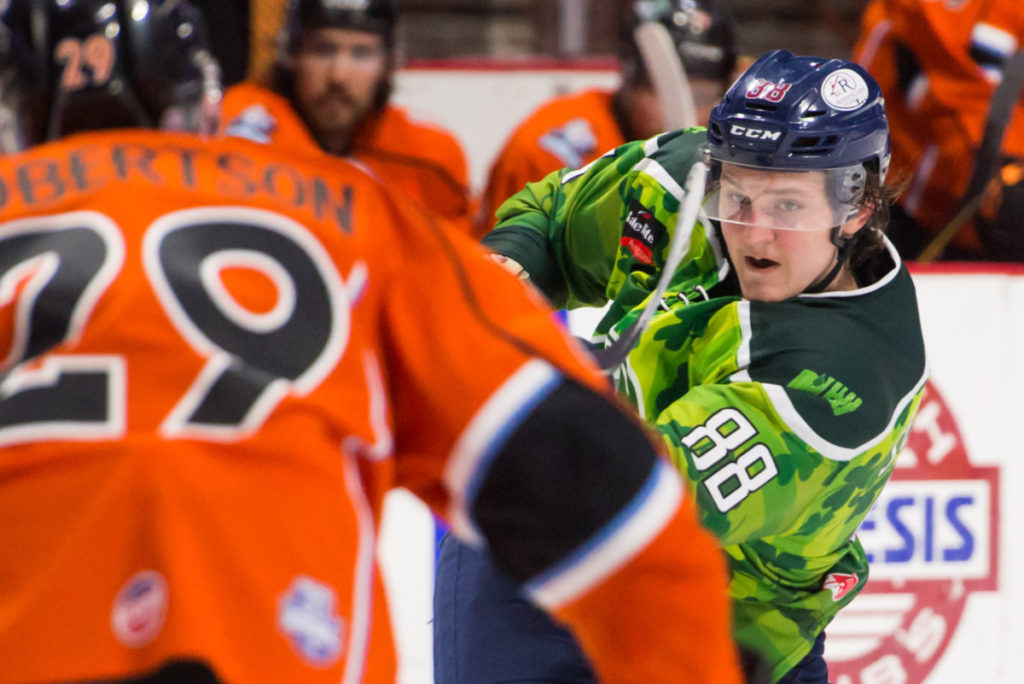 >> After a scoreless first period in which the Oilers outshot the Mavericks 11-4, Tulsa broke the game wide open in the second period with three goals. Dylan Hubbs and Joey Sides scored 1:20 apart in the first six and a half minutes of the frame. Eric Drapluk made it 3-0 with 4:59 left in the stanza and Jake Hildebrand stopped all 15 shots. Kansas City staged a third period comeback with consecutive goals by Nate Widman and Jared VanWormer, but Oilers rookie Sam Wilbur scored the eventual game-winner with four minutes left to make it 4-2. Charlie Sampair added an empty net goal, before Mark Cooper scored the final goal for the Mavericks in garbage time, as Tulsa gained the important two points.

>> The Oilers/Mavericks season series finale was postponed to Monday, April 2 at 7:05pm, due to travel issues Saturday. The game will be held at Silverstein Eye Centers Arena in Independence, MO, and will begin a four-game week in the final week of the regular season.

Wednesday is the last of 13 meetings this season between Tulsa and Allen, two teams separated by just one point in the Mountain Division standings. Sunday’s game at the BOK Center against Quad City will be the final time the Oilers and Mallards will face-off, as the latter announced earlier this month they would cease operations following the season.

Hockey and the Yellow Pages come together Saturday for a little fun reminiscent of a game played overseas. The Tulsa Oilers will wear special European-themed jerseys Saturday when they host the Quad City Mallards at 7:05pm on the York Plumbing Ice at the BOK Center. The jerseys are covered with logos of some of the Oilers’ great sponsors, and will be auctioned off following the game.

Dress up like your favorite superheroes Sunday as the Oilers dress up like Captain America for Marvel Superhero Night at the BOK Center. Tulsa hosts Quad City at 4:05pm, and fans will have the opportunity to skate with the players following the game. A limited number of skates will be available for rent, but fans are welcome to bring their own.