Tulsa returns from successful trip to Utah to host Rapid City Tuesday, Wichita Wednesday and Allen Saturday, with a stop in Wichita Friday. 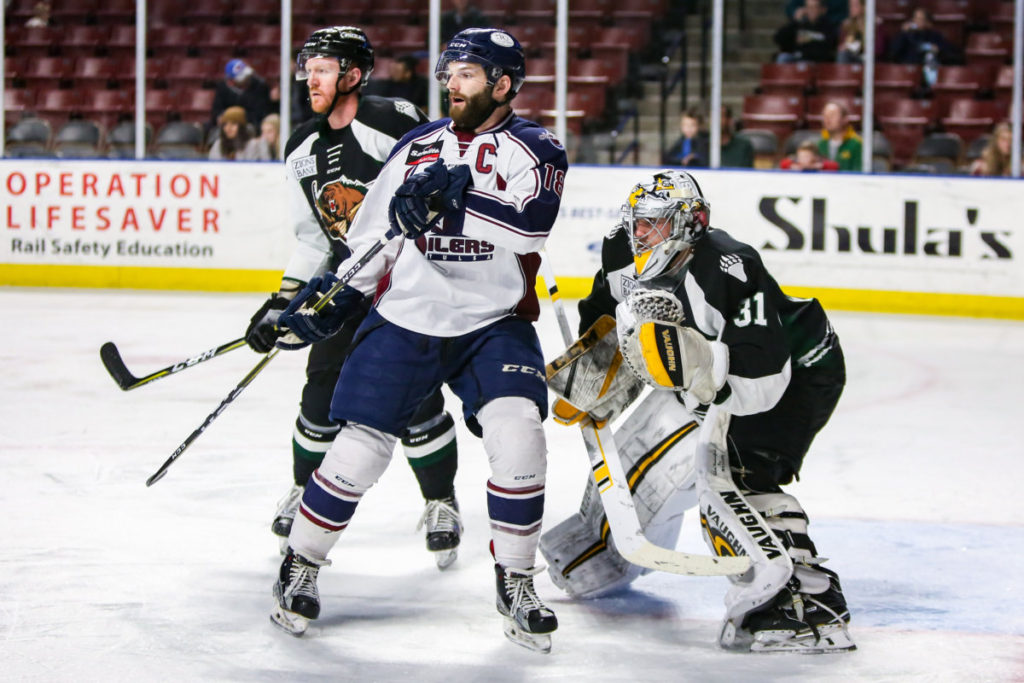 >> After falling behind 1-0 in the first period, the Tulsa Oilers fought back to defeat the Utah Grizzlies 3-1 Wednesday. Justin Selman tied the game with a short-handed goal in the second period, the Oilers’ league-leading tenth of the season. Conner Bleackley scored 6:04 into the third period to extend his point streak to seven games and give Tulsa the lead for good.  Garrett Ladd added an empty net goal with 1:11 left in regulation to complete the scoring, and Jake Hildebrand stopped 21 of 22 shots in the win.

>> The Grizzlies capitalized on 3 of 6 power plays Friday in a 5-2 win over the Oilers. Tulsa took the game’s first lead when Adam Pleskach tallied his 125th career Oilers goal, moving into 4th place in team history. Utah answered with two power play goals in the first period to lead 2-1 after one. The Grizzlies added a goal in the middle frame and another early in the third to open their lead up to 4-1. Garrett Ladd extended his goal streak to 4 games by cutting Tulsa’s deficit to two with just over eight minutes to play, but Utah put the game away with its third goal on the man-advantage.

>> The Grizzlies scored on their first of five power plays again Saturday, but Tulsa’s penalty kill did its job preventing Utah from capitalizing on the last four. Steven Kaunisto tied the score at 1-1, when his shot from the point deflected into the net late in the opening period. After Utah regained the lead midway through the second period, Charlie Sampair found the equalizer, and Ryan Tesink put the Oilers in front for good with a short-handed goal late in the middle frame. While Tulsa was outshot 33-15, Devin Williams and the Oilers kept that 3-2 lead all the way to the end.

With his goal Friday in Tulsa’s 5-2 loss to the Grizzlies, fifth-year Oilers forward Adam Pleskach moved into fourth place on Tulsa’s all-time goals list with 125. The man he passed was current Oilers General Manager Taylor Hall, who suited up for the team from 1992-1996. Pleskach now trails only Luc Beausoleil (286), Doug Lawrence (153) and Sylvain Naud (145).