Tulsa pulls into fourth place in the Mountain Division ahead of three games in Colorado, after picking up three of four points against the Eagles. 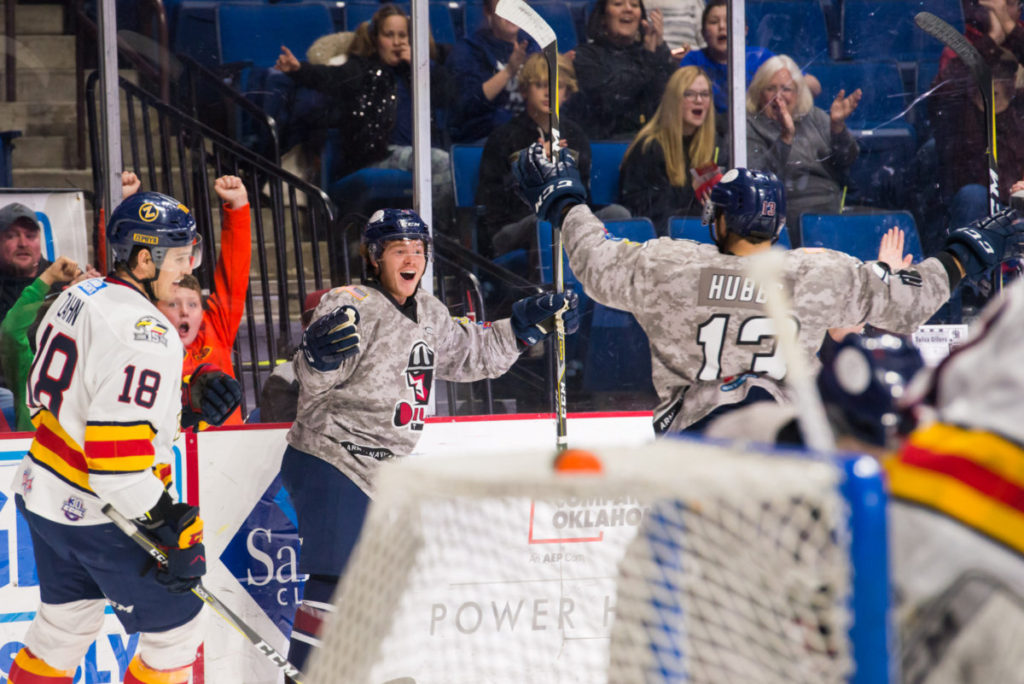 >> A depleted Tulsa Oilers team without five of its regulars jumped out to a 1-0 lead against the top team in the Western Conference, when Broken Arrow, OK native Bobby Watson scored just seconds into his first ECHL shift. Watson, who last played professionally in 2014-15 in the Southern Professional Hockey League participated in Tulsa’s training camp and was signed Friday before the game. Colorado tied the score on a second period power play, and after a scoreless third period and overtime frame, the Eagles won the game in a four-round shootout to snap the Oilers three-game winning streak.

>> In Saturday’s rematch, the Eagles jumped out to a 2-0 lead by the 12:10 mark of the first period. But Joey Sides and Eric Drapluk buried back-to-back goals 23 seconds apart late in the frame to even the score before the first break. After 16 scoreless minutes during the second period, Drapluk scored his second and third goal of the game to complete his first career hat trick, giving Tulsa a 4-2 lead after two. Charlie Sampair added an insurance goal early in the third period, before Drayson Bowman fired home the Eagles’ third goal late. Reigning ECHL Player of the Week Garrett Ladd scored an empty netter to finish the scoring, and Devin Williams made 35 saves in the win.

Not only was Eric Drapluk’s hat trick Saturday the first from an Oilers defenseman this season and the first of his career, his three goals came consecutively, giving the Pembroke Pines, FL native a natural hat trick. It was Tulsa’s second natural hat trick in 6 days, after Charlie Sampair accomplished the rare feat Feb. 18 in a 6-2 win over the Indy Fuel.