Tulsa falls to Indy, who had lost nine straight, but Oilers stay in playoff position with 17 games remaining. 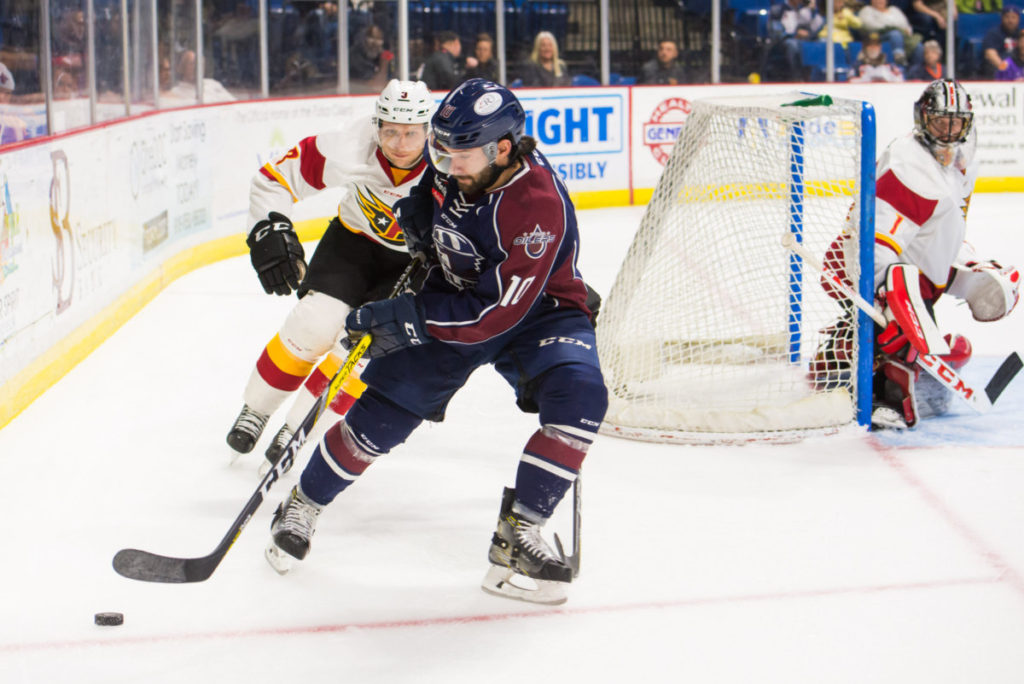 TULSA, OK – The Indy Fuel snapped a nine-game winless skid with a 6-2 win over the Tulsa Oilers Saturday at the BOK Center.

The Oilers outshot the Fuel 19-5 in the opening period, but Indy goaltender Eric Levine stopped everything he saw, including several chances on two Tulsa power plays. The Fuel scored 2:54 into the game late in their first power play, when Nick Bligh snuck in behind the defense and fired a quick shot into the top of the net. Indy led 1-0 after one.

Indy tallied a second goal when Matt Rupert was left alone in the slot and ripped a shot over the glove of Oilers goaltender Colin Stevens 3:50 into the middle frame. The Fuel then made it 3-0 before the second intermission, when Josh Shalla snuck a long shot through traffic past Stevens just four seconds into Indy’s third power play.

A wild third period showcased 40 combined shots on goal, five goals, and 81 penalty minutes between the two teams. Tulsa made a goaltending change to open the frame, bringing in rookie Jay Williams. The Fuel stretched their lead to 4-0 just 33 seconds into the period, when Michael Neal walked in and snapped a shot over Williams’ shoulder.

The Oilers ended Levine’s shutout bid, when Shawn Bates scored his second goal in as many nights from the slot to make it 4-1. Momentum shifted back to the Fuel 31 seconds later, when Raphael Corriveau made it 5-1 on a transition rush. Tyson Fawcett cut Tulsa’s deficit back to three, when he scored with just under seven minutes to play, but Kenny Ryan added an empty netter late.

UP NEXT: The Oilers finish the weekend at the BOK Center Sunday at 4:05pm against the Wichita Thunder, in the latest edition of the Stonewolf Casino Cup. Tulsa is 7-1 in eight meetings against Wichita this season, with six matchups remaining between the two teams. Fans will have the opportunity to skate on the ice with the Oilers after the game, with a limited number of skates available for rental.