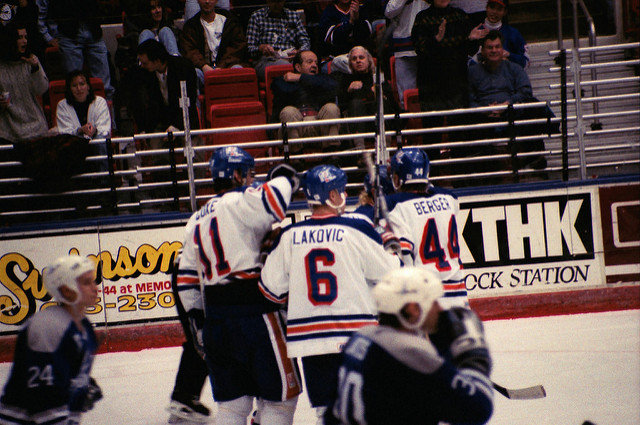 The Oilers family is saddened to hear of the passing of Sasha “Pit Bull” Lakovic on Tuesday at the age of 45. Sasha spent the 1994-95 season with Tulsa.

Lakovic was diagnosed with an inoperable brain tumor last year.

In his one season with the Oilers, he scored 20 goals, added 24 assists and compiled 214 penalty minutes in 40 games, before ascending to the NHL, where he played 37 games with the New Jersey Devils and Calgary Flames.

The Vancouver native was married with four children and living in West Kelowna, British Columbia.

Our condolences go out to the Lakovic family during this difficult time.