WEEK IN REVIEW
The Oilers worked through a four-game week, visiting Missouri on Tuesday before hosting the Evansville IceMen and Allen Americans for a triple header weekend.

Tuesday night the Missouri Mavericks maintained their stellar record at home when the Oilers were shutout 3-0. Mathieu Brisebois registered a fight and Kevin Carr would only stop 16 shots.

For the first time since both teams joined the ECHL, the Evansville IceMen and Tulsa Oilers got together in the BOK Center. Tulsa took an early 2-0 lead and although the IceMen were able to ties things up, they could not stop the three unanswered goals that pushed the Oilers to a 5-2 victory. Oiler goal scorers were Jimmy Lodge, Brian Nugent, Phil Brewer, Dan DeSalvo and Jordan Kremyr.

The home team began a two-game series against their Central Division foes, the Allen Americans, four points behind them. Two extra-minute games later, they would only be down two. The Americans grabbed one point each night but Tulsa would get the four total.

Saturday, the Oilers struck first but the Americans would capitalize on Tulsa’s power play, scoring just the second shorthanded goal Tulsa has allowed all season. Then they produced moments later on their own man advantage. After two American goals in the third, things knotted up at four and regulation wouldn’t decide. A Dan DeSalvo game-winner gave Tulsa the win. Forward Axel Blomqvist earned a three-point game.

Tulsa’s weekend finale on Sunday extended past 65 minutes of hockey and went into shootout. Phil Brewer and Dan DeSalvo produced the first two before third period responses from the Americans. In what was a goaltender showdown, Axel Blomqvist claimed the game-winning shootout goal in round eight.

LOOKING AHEAD
With three contests this week, the Oilers will host the Idaho Steelheads tomorrow before heading to Cincinnati and Fort Wayne to take on the Cyclones and Komets for the first time this season.

The Oilers and Steelheads have gone head to head four times this season, splitting the series at two apiece. Idaho is just one point ahead of Tulsa in the Western Conference standings.

Friday will be a debut for the Oilers and Cyclones as the two meet up for their first battle in franchise history. This will be the only matchup for them this season.

The Fort Wayne Komets sit second place in the Western Conference behind the Missouri Mavericks. Tulsa will travel to Fort Wayne for the squads’ first and only meeting of the 2015-16 campaign.

PLAYOFF WATCH
The Oilers are sixth in the Western Conference with 61 points. Just one point ahead of the Tulsa Oilers is the Idaho Steelheads—conveniently the team that the Oilers play tomorrow. Tulsa has also played three games less than potato state team. Friday, the Oilers travel to Cincinnati, the crew right below Tulsa at seventh with 57 points. This weekend the Oilers can jump the Steelheads and take a further lead from the Cyclones.

EXTRA MINTUES
The Oilers have played in 11 games throughout the month of February. Of the 11, six of them have gone past 60 minutes of actions—five decided in overtime and one in a shootout. In six non-regulation outcomes, Tulsa has claimed victories in a majority of five of them. Their only overtime loss went to Quad City on February 13 at the BOK Center.

DIRTY DESALVO
Dan DeSalvo is still at it. Tuesday night in Missouri the Mavericks may have snapped the 5’8 rookie’s nine-game point streak but they couldn’t stop his home streak. When in the BOK Center, DeSalvo can’t help but put up numbers. Since December 13, there has yet to be a home game that he has not produced on. With 22 points in 17 games at home, the Illinois native leads Tulsa with 45 points. DeSalvo is 16th overall in the ECHL for points, 4th among rookies in points, 3rd among rookies in assists and first among rookies with a +18 rating.

EXTRA DROPS
Kevin Carr is 5th among ECHL goaltenders with a 2.16 goals against average and third in minutes (2253)… Dennis Brown is 7th among defensemen with 31 points and 3rd in assists with 26… Oilers are fourth in shots against averaging 27.82 and fifth in goals against at 2.49…Tulsa has the sixth best home power play in the ECHL with at 19.8 percent… 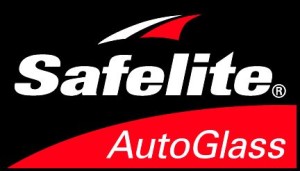 TONIGHT’S MATCHUP
Tonight the Oilers host the Evansville Icemen for their first visit of the season. The last time these two teams got together was in February of 2012 when both existed in the Central Hockey League. Now together in the ECHL, the Oilers will look to snag two points off of the 18-23-5-1 Icemen. Evansville is 12th in the Western Conference with 42 points.

RED HOT AT HOME
The Oilers power play may be 28th in the ECHL on the road, but at home they rank 5th with a 20.5 percentage. Tulsa has capitalized on 16 of 78 opportunities this season.

EXTRA DROPS
Kevin Carr is 5th among ECHL goaltenders with a 2.11 goals against average and third in minutes (2188)… Phil Brewer is tied for first in rookie shootout goals with two… Dan DeSalvo is fourth among rookie leaders with 42 points, third in assists with 30 and first in plus/minus with 18…Dennis Brown is 7th among defensemen with 29 points and 4th in assists with 24… Oilers are fourth in shots against averaging 27.60…

TONIGHT’S MATCHUP
The Tulsa Oilers and Quad City Mallards have split two meetings this season. Tonight, Tulsa will host the Mallards for their third of a five-game season series. These two squads will battle again tomorrow night in the BOK Center for the last time until their final meeting on April 1 at the iWireless Center.

All-time, the Oilers are 12-9-3 against the Mallards. Tulsa holds four spots above Quad City in the Western Conference with 50 points to their 47.