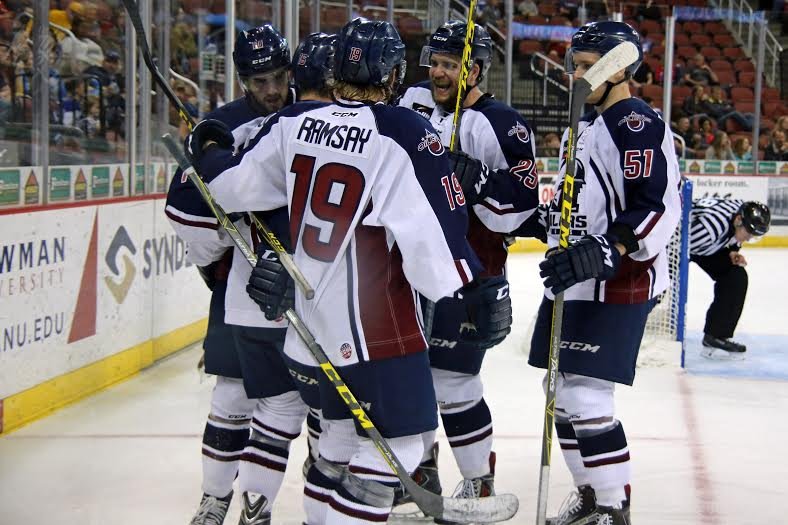 TULSA, OK – The Tulsa Oilers, proud ECHL affiliate of the Winnipeg Jets and Manitoba Moose, announced on Thursday their full 72-game schedule for the 2016-17 season. The Oilers will open their third season in the ECHL on Oct. 15 against the Wichita Thunder and will host their first home game on Oct. 21 against the Indy Fuel. Tulsa will once again play in the Central Division against their long-time rivals the Wichita Thunder, Allen Americans and Missouri Mavericks. The Americans and Thunder will be Tulsa’s most common opponents, playing the Oilers 14 times each.

The Oilers will play 28 of their 36 home games on the weekend (Friday, Saturday Sunday).

November will be the busiest month at the BOK as the Oilers will host 10 home games. The longest home stand of the season will be in February when the Oilers host eight-straight games, from Feb. 4 to Feb. 26. Tulsa will close out the season at home on April 8 against the Wichita Thunder.