Ryan Tesink scores twice in the third period to vault Oilers to a regulation win against the Americans to pull even in the playoff race. 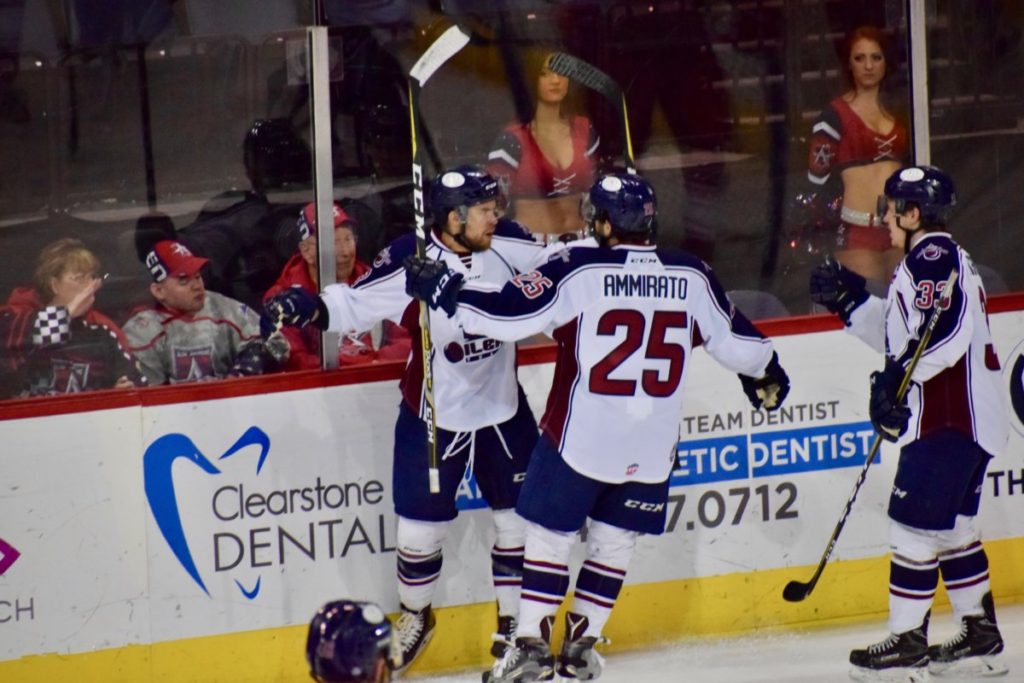 ALLEN, TX – The Tulsa Oilers pulled even with the Allen Americans for fourth place in the Mountain Division with a 3-2 regulation win Wednesday in the final meeting of 13 this season between the two teams.

The Oilers peppered Allen goaltender Jake Paterson with 20 shots in the opening period, as Dylan Hubbs put Tulsa on the board at the 4:33 mark. Neither team converted on their lone power play opportunity, but the Americans tied the game when rookie Braylon Shmyr scored in his first pro game to make it 1-1 after one.

Paterson stopped all 18 Oilers shots in the second period for a two-period total of 37, while Tulsa goaltender Jake Hildebrand stopped all 12 Allen chances in the frame. The teams skated into the third period still even at 1-1.

Ryan Tesink scored back-to-back goals for Tulsa in the third period to put the Oilers ahead 3-1. His first goal came off of a rebound that was kicked out to the right circle. Tesink buried it over Paterson to break the 1-1 tie. Then on a 5-on-3 power play, Tesink deflected a Joey Sides centering pass into an open net to give Tulsa the two-goal advantage. Casey Pierro-Zabotel scored in the waning moments to bring the Americans to within one, but the Oilers held on for the 3-2 victory.

Hildebrand stopped 25 of 27 in his 14th win of the season, while Paterson stopped 49 of 52 in the loss. The Oilers won the season series over the Americans with their tiebreaking seventh win, and are tied Allen for the fourth and final playoff spot with eight games remaining.

The Oilers return home for three games this weekend against the Quad City Mallards on the York Plumbing Ice at the BOK Center, starting Friday at 7:05pm. Tulsa will channel its inner “Yellow Pages” Saturday night with special European-themed jerseys that will be auctioned off following the 7:05pm game. Sunday is Marvel Super Hero Night, as the Oilers will be dressed as Captain America for the 4:05pm weekend finale. Stick around for a postgame skate with the players. Ticket information for the three games is available on www.tulsaoilers.com or by calling 918-632-7825.