TULSA, OK – The Tulsa Oilers saw two different two-goal leads disappear, but earned one point in a 5-4 shootout loss to the Idaho Steelheads on Sunday at the BOK Center. 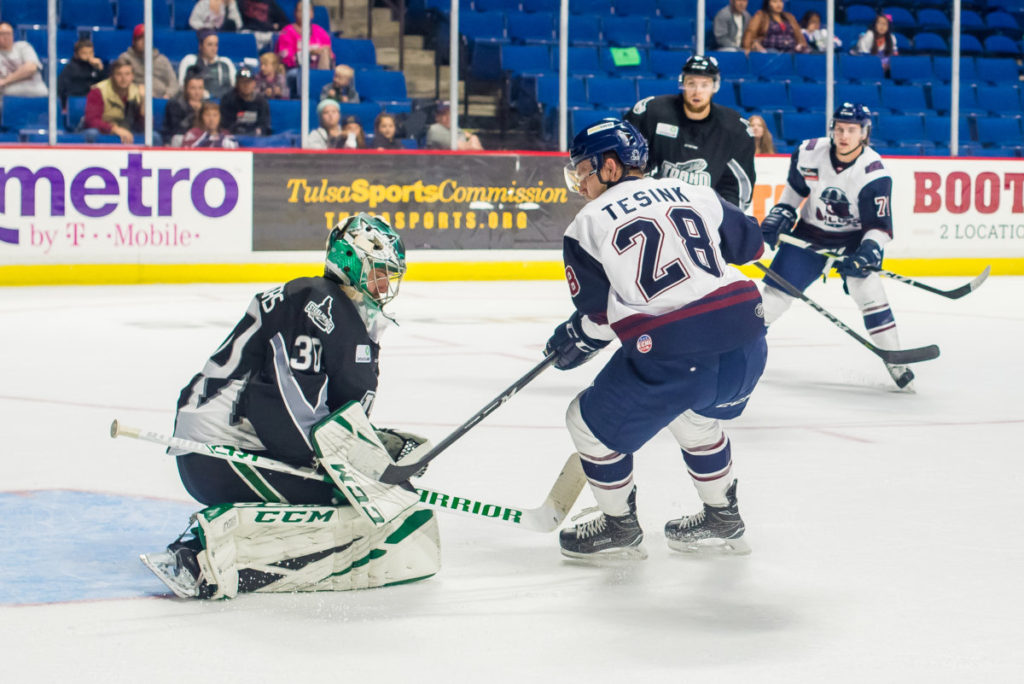 The Oilers opened up a 2-0 lead for the second straight night with back-to-back first period goals. Shortly after a successful penalty kill, Peter Sivak scored his first Tulsa goal on a breakaway. Rookie defenseman Kyle Rhodes recorded the second goal when he played a carom off the back wall and fired a quick shot from the right circle past Idaho goaltender Philippe Desrosiers. The Steelheads cut their deficit to one when Steve McParland fired a shot from the slot past Tulsa goalie Evan Fitzpatrick.

Idaho tied things up at 2-2 when the teams traded 2-on-1 rushes and Justin Parizek snapped a wrist shot past Fitzpatrick from the right circle. The Oilers jumped back in front when Sivak scored his second of the game on a one-timer from the high slot. Tulsa then upped its lead to 4-2 when Ryan Tesink buried a rebound for the Oilers’ first power play goal of the season. With an assist earlier, Tesink notched his second two-point game in a row to start the season. Spencer Naas tapped in a shot from the edge of the Oilers crease to bring the Steelheads back to within one before the second break.

The Steelheads evened the score for a second time, when A.J. White popped a loose puck into the net on a rebound that kicked out into the left circle on an Idaho power play. After a scoreless overtime period, Desrosiers stopped all four Tulsa shots in the shootout. Brady Norrish scored in the fourth round for the Steelheads to seal the comeback win.

Fitzpatrick stopped 40 shots in his first professional start. The Oilers have a week off and return to the BOK Center next Sunday to host the Allen Americans at 4:05pm.