TULSA, OK – The Tulsa Oilers opened Sunday’s game against the Idaho Steelheads with a quick goal, but were stymied in 46 of 47 shots by Steelheads goaltender Branden Komm in a 2-1 loss at the BOK Center. 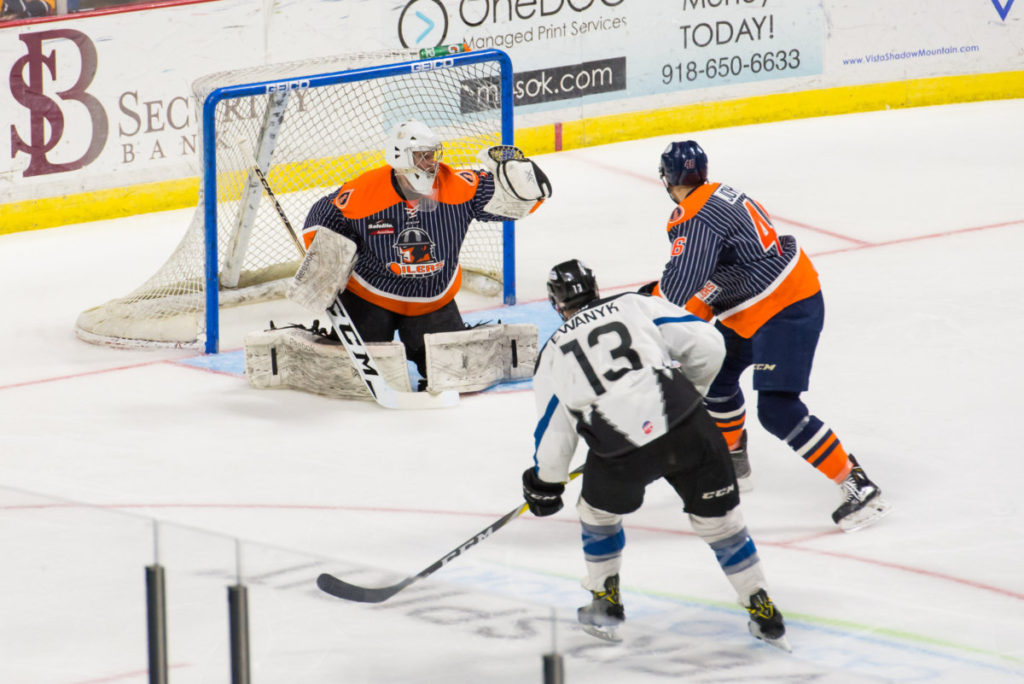 Darcy Murphy gave the Oilers an early lead 1:08 into the game, when he slid a backhander past Komm after a point shot was tipped on its way to the net. The Steelheads scored back-to-back goals to take a 2-1 lead into the first break.

Anthony Luciani scored the first one on a wrist shot from the slot, before Jefferson Dahl added the second goal on a quick shot over the glove of Oilers goalie Colin Stevens, who left the game with an injury with 2:07 left in the opening period and did not return.

The Oilers outshot the Steelheads 18-9 in the middle stanza, but the score stayed the same, as Komm stopped all 18 shots, and Tulsa’s backup goaltender Keegan Asmundson turned away all 9 Idaho attempts.

Asmundson finished with 16 saves in relief, while the Oilers peppered Komm with shots, but Idaho hung on for the narrow victory and the weekend sweep.

UP NEXT: The Oilers hit the road again for five straight games away from the BOK Center. Tulsa faces Colorado on Wednesday at 8:05 CST from the Budweiser Event Center. Catch the action on www.tulsaoilers.com, “Listen Live”, or watch the game on ECHL.TV, with coverage starting at 7:50. Then the Oilers head to Utah for two meetings with the Grizzlies next Friday and Saturday, before facing Allen twice the following week in Texas.