Tulsa falls to Rapid City for the third time this season in a back-and-forth game after Rush strike on a third period short-handed breakaway.

TULSA, OK – The Tulsa Oilers clawed back to tie the Rapid City Rush twice Friday, but a late short-handed goal propelled the Rush past the Oilers 5-3 in the final meeting of the year at the BOK Center. 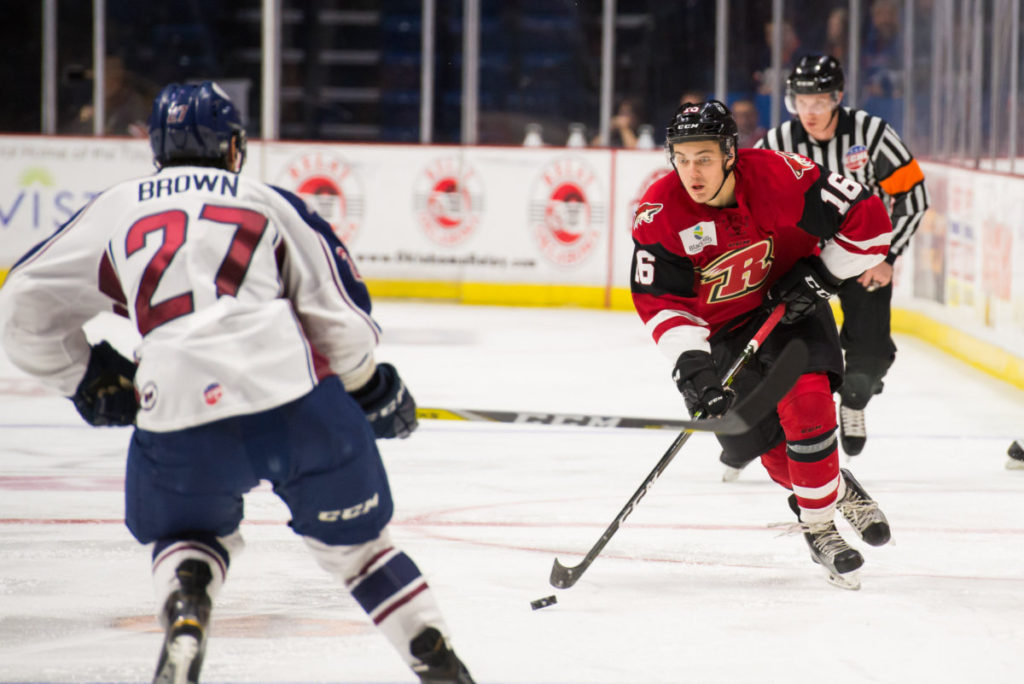 Shawn Bates provided the only goal of the first period in his first game back after missing the last three, putting the Oilers in front 3:38 into the game. Tulsa had an opportunity to add to the lead on full 5-on-3 power play late in the period, but were unsuccessful. The Oilers led 1-0 after 20 minutes of play, and outshot Rapid City in the frame 14-8.

The momentum swung in Rapid City’s favor when the Rush went on a 5-on-3 power play of their own in the second period. Austin McKay tied the game on the power play, and Logan Nelson made it 2-1 shortly after the second penalty ended. Bates then set up Garrett Ladd with a pass from behind the net and Ladd tied the score at 2-2, but Hunter Fejes banked in a rebound to give the Rush a 3-2 lead entering the third period.

The Oilers tied the game at 3-3 off of a faceoff win, when Garrett Haar’s shot was tipped into the net by Darcy Murphy 5:02 into the final frame. Ryan Misiak raced in a short-handed breakaway and beat Oilers goaltender Colin Stevens between the legs to put Rapid City in front for good. Fejes deflected in an empty-net goal to seal the 5-3 win. Rush goalie Adam Morrison stopped 35 of 38 shots for his third win against Tulsa this year.

UP NEXT: The Oilers welcome Indy to town Saturday for a 7:05pm puck drop at the BOK Center. Tulsa then finishes off the weekend with a Sunday matinee against the Wichita Thunder at 4:05pm, continuing a season-long eight-game home stand. Fans will have the opportunity to skate with the Oilers after Sunday’s game, with a limited number of skates available for rent.