PRINCETON,  NJ – Tulsa Oilers rookie Jamie Phillips was selected as the starting goaltender for the 2017 CCM/ECHL All-Star Classic, presented by I LOVE NY, as announced by the ECHL on Tuesday, along with the rest of the All-Star roster for the game to be played Wednesday, January 18 in Glens Falls, NY. 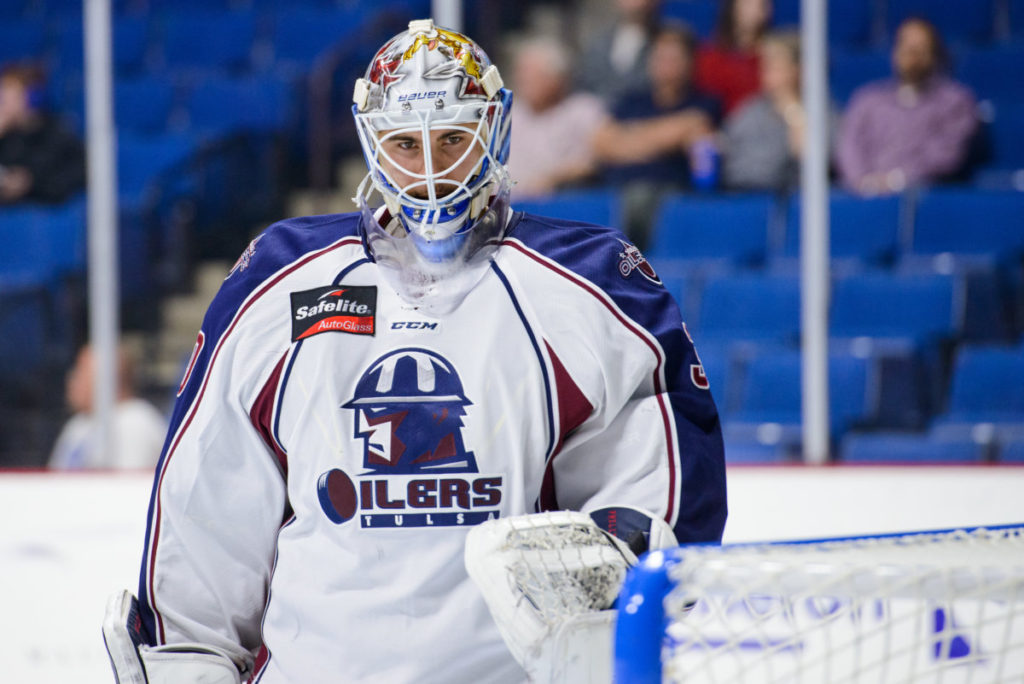 Phillips, 23, leads all ECHL goaltenders with 18 wins, 745 saves and 1,572 minutes playerd, and is seventh with a 2.52 goals-against average. The Caledonia, ON native went 10-0-0 to start his professional career and posted his first career shutout November 6 in a 3-0 win against Utah.

He was named ECHL Goaltender of the Month in October, Goaltender of the Week for the week of Oct. 31-Nov. 6, and currently boasts a 18-7-1 record, with a .919 save percentage. Phillips played four seasons at Michigan Tech University, and was a 2012 7th Round Draft Pick of the Winnipeg Jets.

More than 60 players from the ECHL All-Star Game have gone on to play in the National Hockey League, including 48 since 2002. The game will feature the host Adirondack Thunder taking on the ECHL All-Stars in a non-traditional format featuring 5-on-5, 4-on-4, and 3-on-3 play, as well as a Skills Competition (Puck Relay, Hardest Shot, Fastest Skater). The game will air LIVE exclusively on the NHL Network on Wednesday, Jan. 18 at 7pm CST from the Glens Falls Civic Center.

The starting lineup was determined in a vote of coaches, team captains, media relations directors, broadcasters and members of the media. Coaches also submit the players they feel are the top prospects from their team and other teams to help determine the final roster. Each ECHL team has either a starter, reserve or alternate named for the All-Star Classic.