Oilers rookie went 3-0-0 and recorded his first pro shutout a week after winning Goaltender of the Month for October. 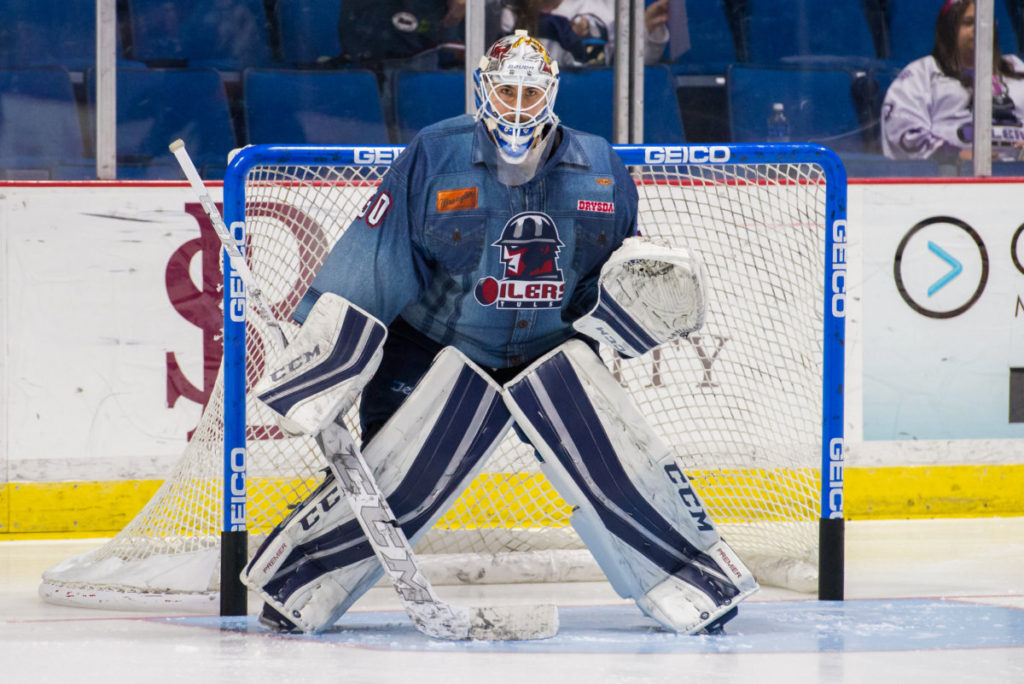 Phillips, who was the ECHL Goaltender of the Month for October, made 34 saves in a 5-3 win against Utah on Wednesday, stopped 33 shots in a 3-1 victory over Missouri on Friday and turned aside all 30 shots in Sunday’s 3-0 win over Utah to record his first professional shutout.

Under an NHL contract with the Winnipeg Jets, Phillips leads the ECHL with nine wins, posting a 9-0-0 record in his first nine career starts, while ranking ninth in the league with a 2.08 goals-against average.

Prior to turning pro, he played four seasons at Michigan Tech University where he appeared in 99 career games posting an overall record of 57-25-8 with 10 shutouts, a 2.00 goals-against average and a save percentage of .922.

Tulsa faces off against the Fort Wayne Komets for the first time this season Wednesday at the BOK Center at 7:05pm. The Oilers then head to Wichita for a 7:05pm game against the Thunder at Intrust Bank Arena. Wichita then travels to Tulsa Saturday for the “Stonewolf Cup” rematch at 7:05pm at the BOK Center.