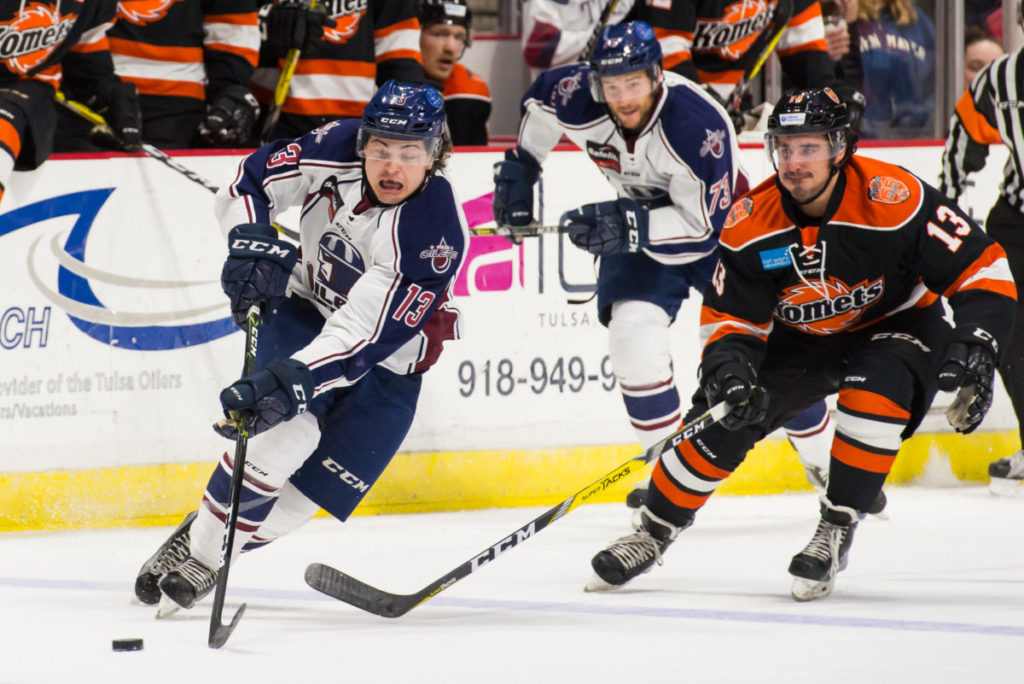 FORT WAYNE, IN – The Tulsa Oilers picked up an important two points in a 2-1 win over the Fort Wayne Komets Friday at Memorial Arena in a rare meeting between two of the top three teams in the Central Division.

Both teams had limited scoring chances in the opening period, but Tulsa broke a scoreless tie in the final minute of the frame. Kale Kessycapitalized on a give-and-go with Tyson Wilson to put the Oilers in the lead with 33 seconds left. Fort Wayne held a 9-5 shots advantage after one.

The Oilers added to their lead, when Emerson Clark hopped out of the penalty box and chipped in a backhander from the front of the net for his team-leading 14th goal of the season late in the second period. But Fort Wayne scored, when Mike Cazzola set up Brady Vail on a 2-on-1 with 44 seconds left in the frame to cut Tulsa’s lead to 2-1 after two.

Oilers goaltender Colin Stevens stopped 33 of 34 shots, including several big stops in the third period to preserve the 2-1 win, his third win in his last four starts.

UP NEXT: The Oilers face the Indy Fuel Saturday at 6:35 CST at Indiana Farmers Coliseum in the seventh of eight games on the current road trip. It is the third of four meetings between the two Central Division teams, with Tulsa taking the first two on Oct. 21 (6-1) and Oct. 28 (3-2). Catch the action on www.tulsaoilers.com, “Listen Live”, or on ECHL.TV, with coverage starting at 6:20.