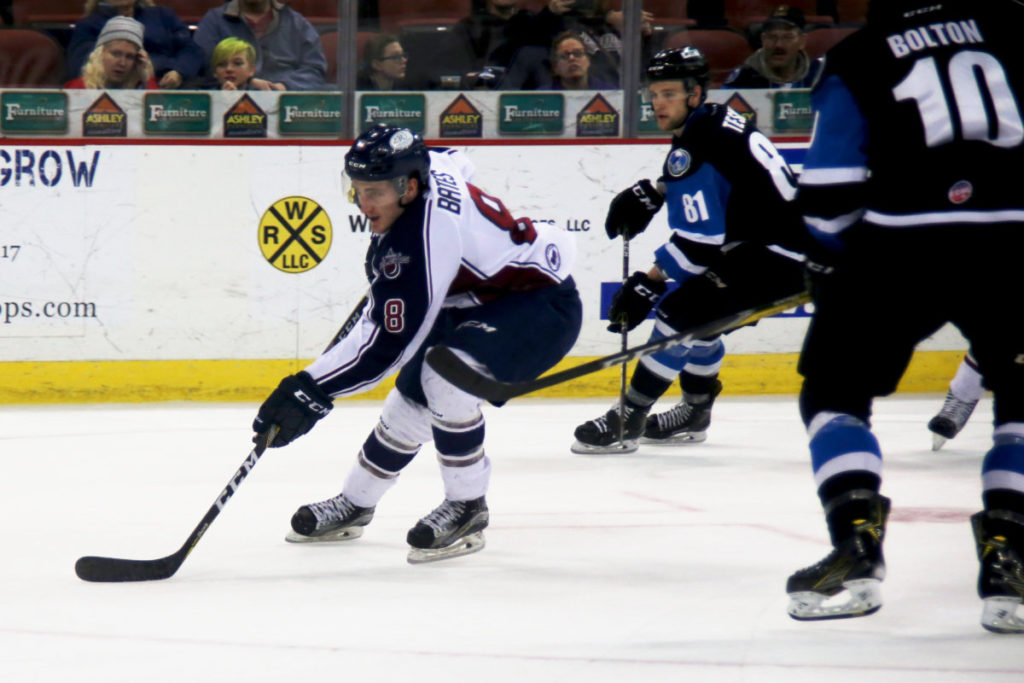 WICHITA, KS– The Tulsa Oilers finished their road schedule Tuesday with a 2-1 overtime win against the Wichita Thunder at INTRUST Bank Arena. The Oilers finish the season with two home games Friday and Saturday at BOK Center.

Both teams capitalized on turnovers that led to goals in the opening period. First, Shawn Bates picked off a Wichita clearing attempt and fired a shot past Thunder goaltender Scott Greenham 3:47 into the game. David Friedmann answered when he intercepted an Oilers pass at the Tulsa blue line and tied the game at 1-1 with a breakaway goal that beat Jonah Imoo.

The Oilers outshot the Thunder 15-7 in the second period, but neither team could add to their goal total as the score remained 1-1 entering the third period.

After a scoreless third period, Garrett Ladd broke free on a breakaway and scored 1:05 into overtime to snap Tulsa’s 10-game winless skid. Imoo stopped 28 of 29 Thunder shots in his first Oilers win, while Greenham saved 30 of 32 in the overtime loss.

UP NEXT: The Oilers finish the regular season this weekend with games Friday and Saturday at the BOK Center in Tulsa for Fan Appreciation Weekend. Friday night, the Oilers host the Allen Americans for the final meeting of the season at 7:05pm. Tulsa’s navy blue jerseys will be auctioned off following the game. Then Saturday, the Oilers welcome Wichita for Tulsa’s season finale. A pregame block party will be outside the BOK Center starting at 4pm, and a postgame autograph session will be in the OneOK Club on the concourse.