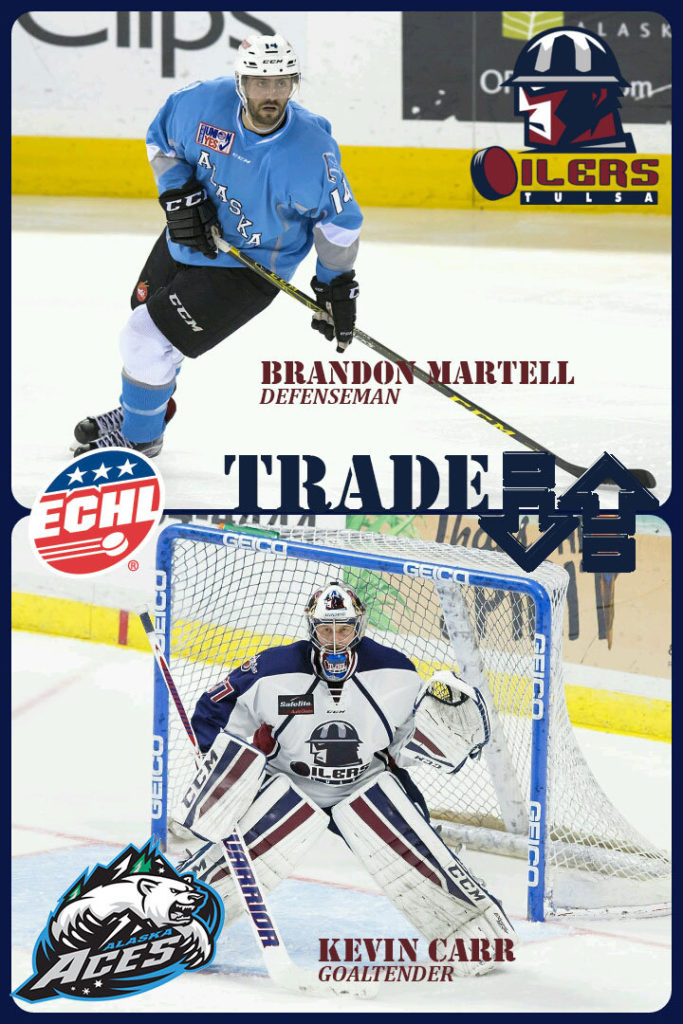 Martell, 27, enters his fourth full pro season and arrives in Tulsa with 180 games of ECHL experience. The Andover, MN native finished the 2015-16 season in Alaska, where he scored one goal and added two assists in 15 games for the Aces. Martell started the season in Wichita, where he compiled eight points (five goals, three assists) in 40 games for the Thunder.

The 6’3, 212 lbs. defenseman has also played for the Kalamazoo Wings, Rapid City Rush and Evansville IceMen during his pro career. He played four seasons of college hockey at Ohio State University from 2009-13, where he skated in 62 games for the Buckeyes.