ALLEN, TX – A dramatic goal from Tulsa Oilers captain Adam Pleskach with 22 seconds left in overtime gave the Oilers a 4-3 win and weekend sweep over the Allen Americans Sunday at the Allen Event Center. 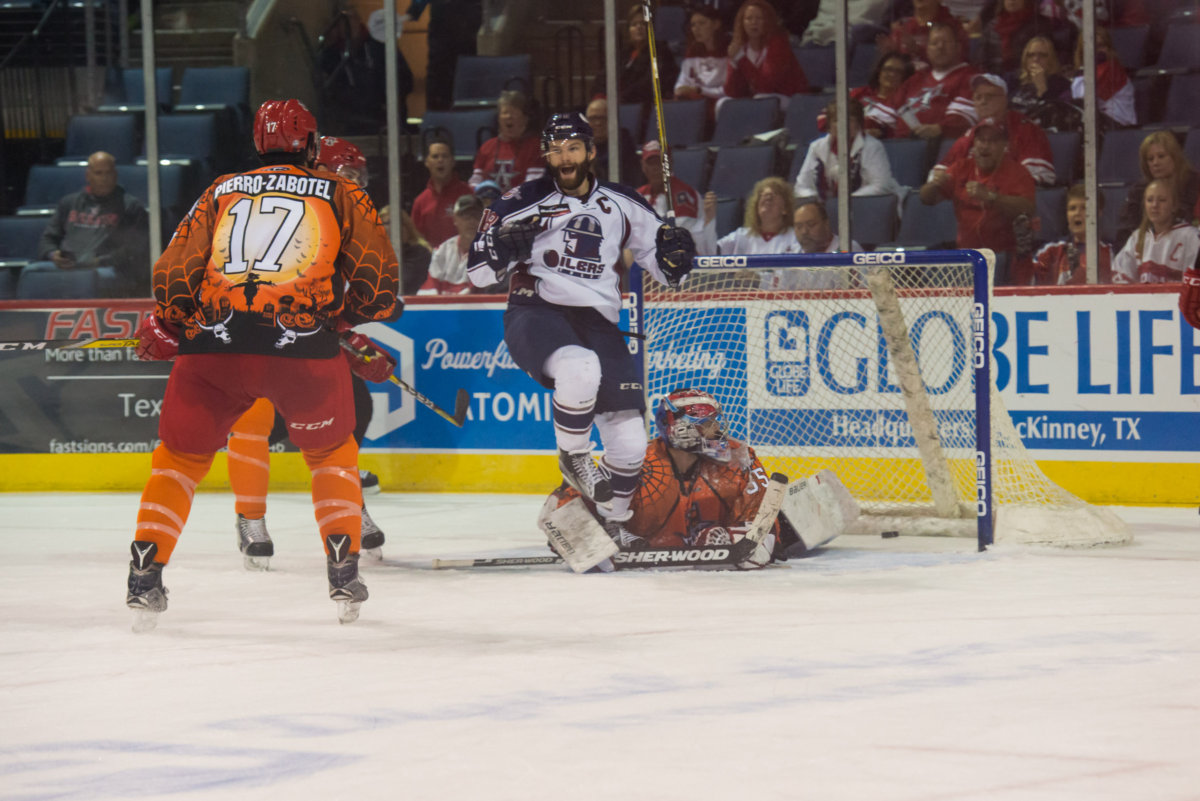 Oilers defenseman Tommy Vannelli scored the game’s first goal on a Tulsa power play, when he skated the puck into the right circle and sent a wrist shot over the shoulder of Allen goaltender Jeremy Brodeur. With the Americans on a power play midway through the period, Conner Bleackley tallied his league-leading third short-handed goal to give Tulsa a 2-0 advantage.

The Americans scored later in that same power play, when Spencer Asuchak buried a rebound on the edge of the crease. Tulsa held an 18-12 shots advantage after one, and led 2-1 on the scoreboard.

Allen outshot Tulsa 14-9 in the second period, but neither team was able to change the 2-1 score heading into the final 20 minutes of play.

Americans’ defenseman Jaynen Rissling tied the game at 2-2 with his first of the season in the third period. Oilers forward Charlie Sampair gave Tulsa a late 3-2 lead with 3:02 to play on a deflection in front of the net, but Allen defenseman Eric Roy forced overtime with a goal in the final 30 seconds of regulation.

Pleskach jammed home a rebound with 22 seconds left in the extra period to get Tulsa the two points and third consecutive win in three days over the Americans. Oilers goaltender Devin Williams stopped 35 shots for his third straight win, as he made 113 saves on 119 Allen shots in the three victories.

The Oilers return home to face the Utah Grizzlies next Friday and Saturday on the York Plumbing Ice at the BOK Center at 7:05pm both nights. Tickets are available by calling 918-632-7825 or visiting www.tulsaoilers.com.

Tulsa then travels back to Allen next Sunday for another 4:05pm matchup with the Americans. Catch all the action on The Sports Animal Radio Network (99.9FM/1550AM), www.tulsaoilers.com or ECHL.TV.