OILERS SPREAD AROUND THE SCORING IN WIN OVER KANSAS CITY

Tulsa rides a three-goal second period and fends off the Mavericks comeback bid in a 5-3 win at the BOK Center. 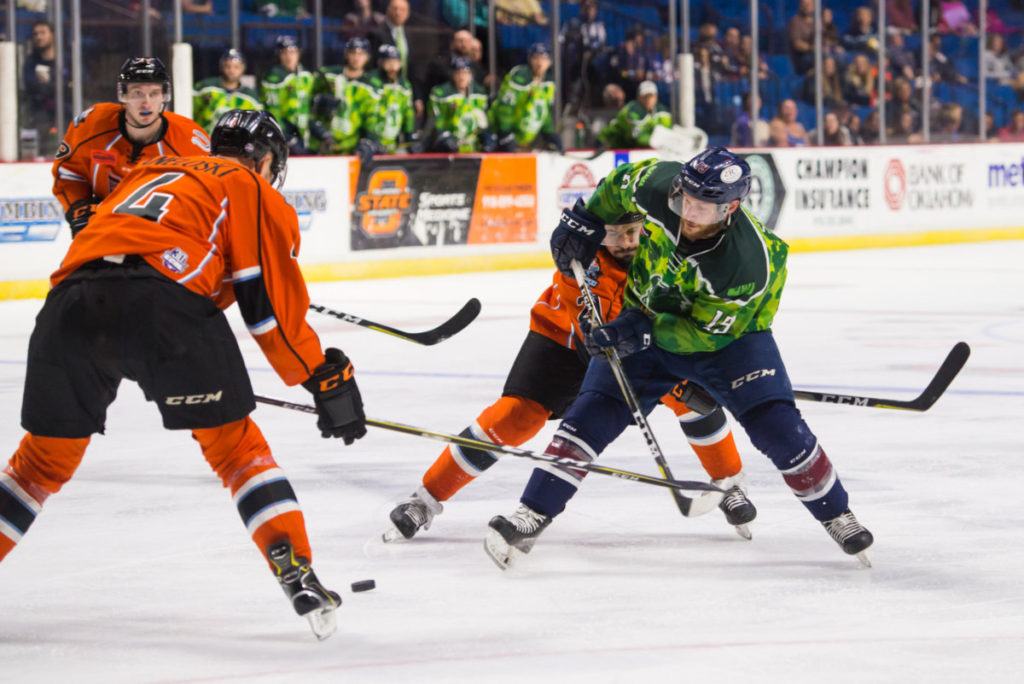 TULSA, OK – The Tulsa Oilers broke a scoreless game open with a three-goal second period Friday and held off a Kansas Mavericks third period comeback in a 5-3 win at the BOK Center.

The teams skated through a scoreless first period, as Jake Hildebrand only saw four shots in the frame, and Maveric Parks stopped all 11 Oilers attempts. The Mavericks were unsuccessful on the only power play for either side in the frame.

Tulsa’s offense exploded for three goals in the middle stanza to grab a 3-0 lead after 40 minutes. Dylan Hubbs cleaned up a rebound in front of the net to put the Oilers on the board 5:12 into the period, and Joey Sides bunted in a centering pass out of the air that came from the corner 1:20 after Hubbs’ goal. Later in the period, Eric Drapluk broke free in the right circle and ripped a wrist shot past Parks to add to the lead.

The Mavericks closed the gap with back-to-back goals from Nate Widman and Jared VanWormer in the third period, but Oilers rookie Sam Wilbur buried his first goal as a pro to put Tulsa back ahead 4-2. Charlie Sampair added an empty net goal, before Mark Cooper gave Kansas City late life with the Mavericks third goal in the final minutes. The Oilers closed out the victory thanks, in part, to 28 saves from Hildebrand in his first appearance since February 7.

The Oilers head to Independence, MO Saturday for the final meeting of the year with the Mavericks at 7:05pm at Silverstein Eye Centers Arena. Catch the action on the Sports Animal in Tulsa, www.tulsaoilers.com, or ECHL.TV, with pregame coverage starting at 6:45pm.