Mercyhurst University alum comes to Tulsa for first pro season, after playing four games in Atlanta at the end of 2017-18. 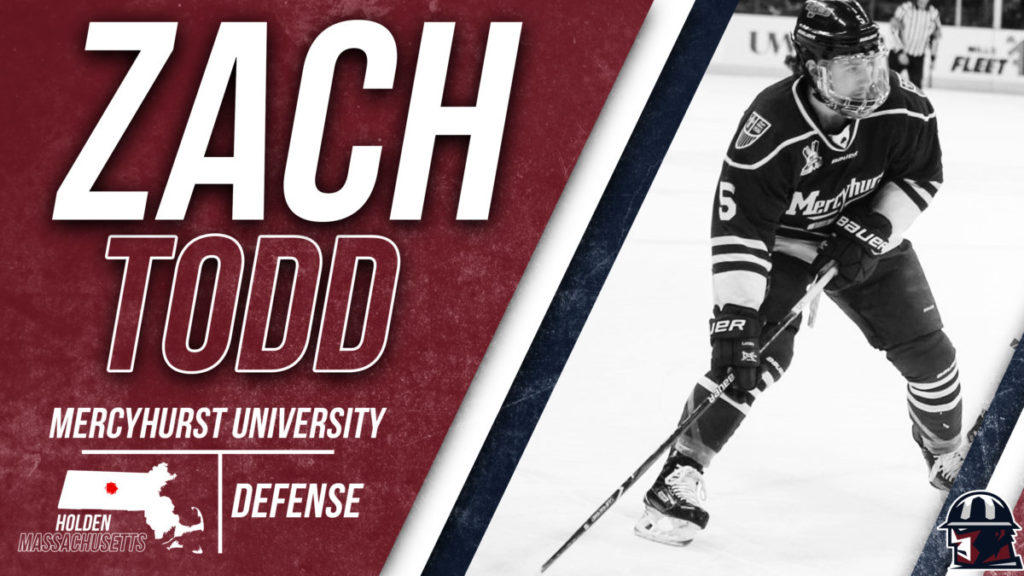 Todd, 25, joins the Oilers for his first full professional season, after getting a taste of the ECHL in the spring with the Atlanta Gladiatiors. The Holden, MA native skated in four games with Atlanta and scored his first pro goal April 6 against the Orlando Solar Bears.

“I’m beyond excited to begin my first professional season in Tulsa,” said Todd. “It seems like a great place to play, from what I’ve heard.”

“Zach comes to us after getting his feet wet at the ECHL level late last season,” said Murray. “He is a solid offensive defenseman that we hope can come in and contribute, especially on the power play.”

The right-shot defenseman previously spent one junior season with the Boston Jr. Bruins of the United States Premier Hockey League before heading to Mercyhurst. What kind of player are the Oilers getting?

“Fans can expect a fast and skilled style of play from the back end,” said Todd. “I love joining the rush and creating offense. I can’t wait to get down there and get the season going.”

The Oilers’ season opening is 100 days away, when they host the Idaho Steelheads on Saturday, October 13 at 7:05pm at the BOK Center. The two teams will complete Opening Weekend in Tulsa at 4:05pm Sunday, October 14, followed by a postgame skate for the fans with the Oilers players.