TULSA, OK – The Tulsa Oilers, proud ECHL affiliate of the NHL’s Winnipeg Jets and AHL’s Manitoba Moose, announced three roster moves Friday, ahead of the club’s 7:05pm game against the Utah Grizzlies at the BOK Center. 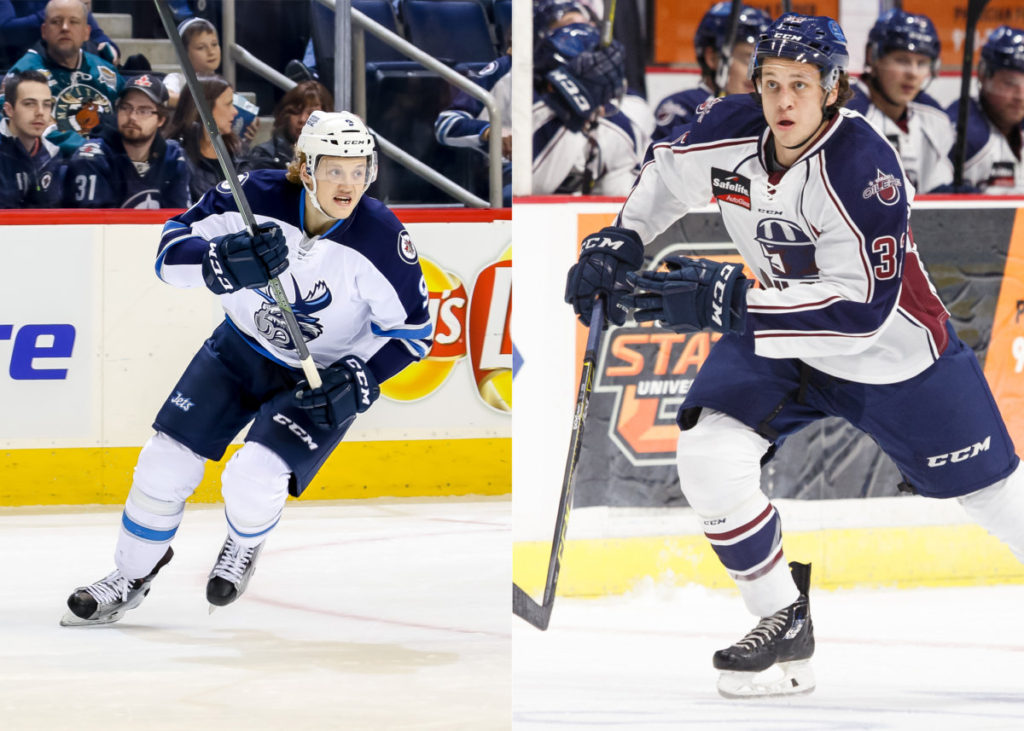 Forward Kale Kessy was released from his professional tryout by Manitoba and returns to Tulsa along with forward Ryan Olsen, who the Moose assigned to the Oilers for the first time this season.

Kessy, 24, rejoins the Oilers, where he had 8 points (3g, 5a) in 7 games at the start of the season.  The Shaunavon, SK native skated in 11 games for the Moose after signing a professional tryout agreement with Manitoba back in November.

Olsen, 22, had two goals in 17 games for Manitoba this season. The Delta, BC native was a 2012 sixth round pick of the Winnipeg Jets, and has recorded 24 points (12g, 12a) in 142 AHL games for St. John’s and Manitoba. Prior to turning pro, Olsen spent four full junior seasons in the WHL, two with Saskatoon and two with Kelowna.

Tulsa also released defenseman Brandon Martell, who had four assists in 23 games for the Oilers this season.

After tonight’s game against Utah, the Oilers host the Wichita Thunder Saturday (New Years Eve) at 7:05pm and Sunday (New Years Day) at 4:05pm, before embarking on a season-long eight game road trip to start 2017.