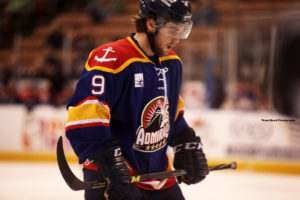 Ranger, 22, posted six points (2g, 4a) in just seven games with the Oilers at the end of last season. Tulsa acquired his rights from the Norfolk Admirals in December, while he was playing for San Antonio in the American Hockey League. The LaSalle, Quebec native also signed a tryout with the AHL’s St. John’s IceCaps, where he had two points (1g, 1a) in eight games. Ranger will participate in the Manitoba Moose training camp, which starts Monday. 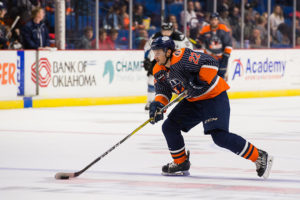 Lalancette, 23, enters his third season in Tulsa after playing a career-high 69 games last season. The Roberval, Quebec native has 69 points (23g, 46a) in 132 ECHL games with the Oilers. Lalancette played four seasons of juniors in the Quebec Major Junior Hockey League (QMJHL), where he compiled 190 points (61g, 129a) in 237 games with Acadie-Bathurst and Drummondville. The 6’0, 179 lbs. center was selected by the San Jose Sharks in the fourth round at the 2012 NHL Entry Draft. 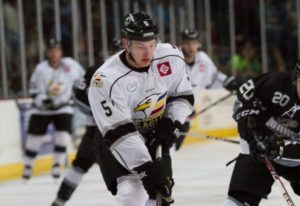 Johnston, 24, joins the Oilers for his fifth professional season after spending all of 2016-17 with the Cincinnati Cyclones. The Calgary, Alberta native skated for Idaho, Wichita and Alaska the previous year, where he played in 22 games for the Aces under new Oilers coach Rob Murray. Johnston also spent time with Evansville and Colorado earlier in his career. The 6’2, 212 lbs. defenseman has totaled 58 points (13g, 45a) in 190 ECHL games. Prior to turning pro, he played six seasons of juniors in the Western Hockey League for Portland and Lethbridge.

Training camp begins Monday, October 2 at the Oilers Ice Center. All practices will again be open to the public. A full training camp schedule and roster will be released next week on the Oilers social media pages and www.tulsaoilers.com.