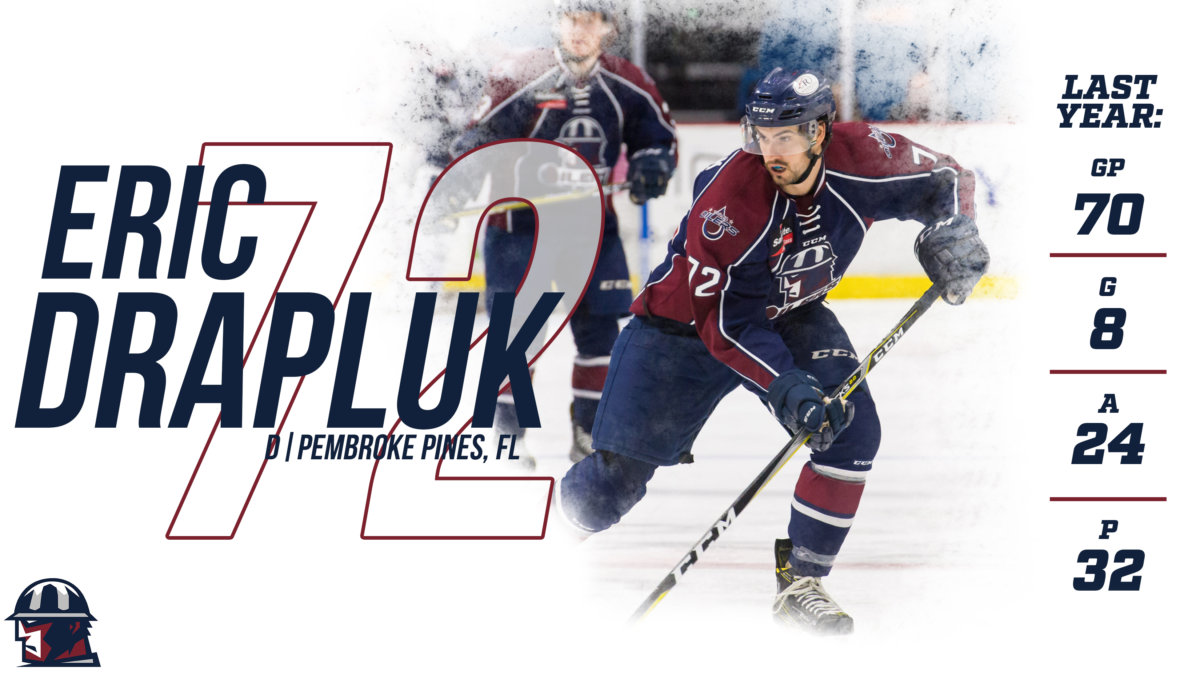 Drapluk, 26, makes his way back to Tulsa for his third season with the Oilers after compiling a career-best 32 points (8g, 24a) in 70 games in 2017-18. The Pembroke Pines, FL native topped his rookie numbers of 19 points (2g, 17a) in 68 games by wide margin, and recorded his first career hat trick February 24 vs. Colorado.

“Tulsa can’t kick me out anytime soon. I love the place,” said Drapluk. “Coach Murray and I had a good relationship last year, so it’s hard to say no to Tulsa. I’ve always been a huge fan. It’s one of the best cities to play in the ECHL.”

Drapluk originally appeared in 14 games with Tulsa after finishing his senior season at Lake Superior State University in 2015-16. The 6’1, 194 lbs. defenseman finished his college career with 38 points (13g, 25a) in 134 games during four seasons with the Lakers.

“Eric was getting better and better as the season went along and we really leaned on him down the stretch, especially with some injuries and call-ups,” said Murray. “He was up for the challenge and, to me, he’s a core guy that could be a top-pairing defenseman anywhere. Hopefully he can continue the successes he had last season and carry that into this season.”

You can hear more from Drapluk and Murray about the signing on our next “Oil Filter” podcast, coming out Tuesday, August 7. All episodes of “Oil Filter” are up on our website at: https://tulsaoilers.com/oil-filter-podcast/