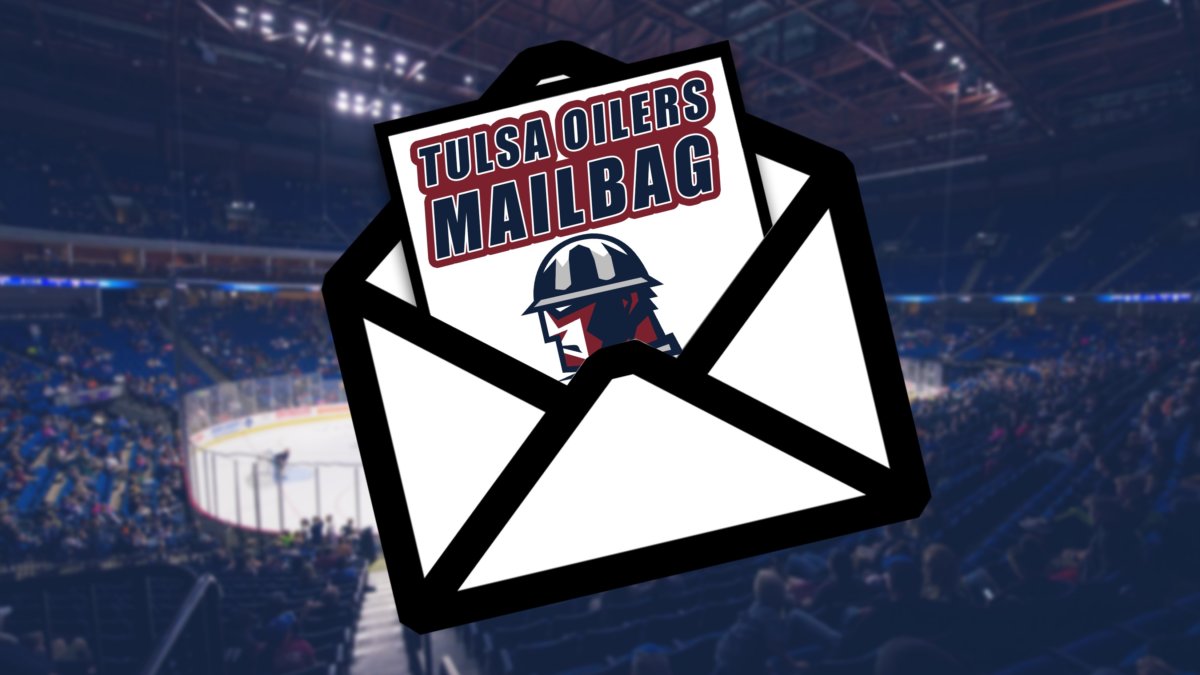 The off-season is chugging along and we’re inching closer to the 67th season of Tulsa Oilers hockey. Training Camp will be here before we know it, and opening night October 13th is right around the corner from there. We’ve been taking your questions for our bi-weekly Tulsa Oilers Mailbag, and the questions are getting better and better. Keep ’em coming! Here’s our third edition of the Mailbag. Enjoy!

JP:  First of all, getting a top-caliber player like Sivak in free agency is a game-changer. Fans should be excited to watch him play here in Tulsa. The veteran winger is 36 years old (and doesn’t turn 37 until March), and is coming off of a 60-point season (in 58 games) with Rapid City. In fact, Sivak has the second most points (374) in the ECHL over the past six seasons, behind only former Oiler Chad Costello (414), who left the Allen Americans to play over in Germany. All of Sivak’s ECHL points have come after turning 30, and he shows no signs of slowing down. He would need 41 points in 2018-19 to pass Costello, assuming the latter doesn’t return from overseas. If that ends up being the case, I’m predicting Sivak reaches 415 points by the end of February.

“What is the recipe for a championship contending team in the ECHL? Do you fill the 4 vet spots with known commodities or do you save spots for young players and younger players with an upside? How do you build a team from scratch that will be consistent throughout the season?”

JP:  I don’t think there’s any “correct” answer to find the winning formula. I’ve said time and again that a championship team needs a good mix of speed, skill and toughness, but the most underrated qualities to a championship team are leadership and chemistry. I honestly believe the team Coach Murray has already put together (including players we haven’t announced yet, and not including a healthy number we’ll get from the Blues affiliation), that this team is a contender. The leadership group will be the best we’ve seen in several years, and there’s a healthy amount of speed, talent and grit. The four veteran spots you speak of are filled by tremendous leaders and talented players. The young players have a lot of promise and have shown great potential. There will be good players who don’t make this team out of camp. The good news for Tulsa is this: unlike new franchises like Maine and Newfoundland, the Oilers have a good group of returning players who form a base to build around.

“Is there any chance we get Dan DeSalvo back this season?”

JP:  While there’s always a chance, realistically I’d say no. The reason the Oilers were fortunate enough to see DeSalvo briefly last season was because Tulsa signed him to an ECHL contract in 2016-17 before his AHL call-up to Manitoba. By rule, the Oilers were able to protect DeSalvo’s ECHL rights last summer in the event he was ever sent down, even though he had signed an AHL contract with Hartford last summer. This summer, no ECHL team owns DeSalvo’s rights because of his AHL contract last summer. He’s free to sign anywhere (in the AHL, ECHL or overseas). Realistically, given his talent, I’d say the only way we see DeSalvo in Tulsa this season is if he signs with our affiliate in San Antonio and is sent down at some point. Follow all that?

“Why do the Tulsa Oilers not have a goal horn at the BOK Center?”
JP:  Currently, the BOK Center is not equipped with a physical goal horn, but that is something that has been discussed. We do, however, have a goal horn sound effect that is played when we score. It goes off right before our goal song plays and our PA announcer shouts, “He Shoots, He Scores!”, which has been a long-standing Oilers tradition. But to answer your question, installing a physical goal horn is something that’s been brought up to add to the game day experience. Great question.
—
“Are we going to have a defenseman that can shoot from the point like Conner Kucera a few years ago?”
JP:  Another good one. Three seasons ago, Oilers fans may remember, defenseman Conner Kucera could really bring it from the blue line. He retired after that season to take a job out of hockey, and I agree, it seemed like Tulsa missed that element in 2016-17. I would argue that last season we saw a turnaround. Eric Drapluk (8 goals) scored the same amount of goals as Kucera did in 2014-15, and Steven Kaunisto added 6 goals. Several of those were from the point. If you’re looking for someone who has a cannon of a shot from the blue line, look no further than Mike McKee (if the Oilers are able to re-sign him). He may be known more as an enforcer, but keep in mind, he battled through some injuries last season. Having watched him in practice all last season, Big Mike has an NHL-caliber shot that would be nice to see back in Tulsa.
—
“What free agent is out there that you would most like to see us sign that was not here last season?”
JP:  Most teams make sure to protect their best players or re-sign them right away in the off-season, so it’s tough to tell who’s going to be available in free agency. In my opinion, Peter Sivak was the top free agent available (when he chose not to re-sign with Rapid City by August 1, he became an unrestricted free agent). Aside from that, most free agents now are either veterans (teams can only carry four) or players who did not receive qualifying offers by their previous clubs. That brings me to Quad City, a franchise that folded after last season. While they struggled last year, there were a few players worth looking at, and I really think defenseman Willie Raskob was the best of the bunch. He’s young (23-years-old), talented (37 points on a last-place team), and has a right-handed shot. As far as I know, he hasn’t signed anywhere yet. Oh…and he was a college teammate of Charlie Sampair at Minnesota-Duluth.
—
“What’s the hardest name to pronounce in the ECHL?”

JP:  There are several that I’ll admit, I had to study extra hard to get right. For starters, Marc-Olivier Crevier-Morin from Wichita was a mouthful last year. We had a French defenseman my rookie year in Evansville named Benjamin Dieude-Fauvel (DEE-oo-DAY, FOE-vell), which was a good “Welcome to the ECHL” moment for me. Another one from this past season was Swedish forward Daniel Muzito-Bagenda of Cincinnati. That one took me a while to learn.
—
“What is your favorite game you’ve called as a broadcaster?

JP:  There are a few that come to mind. In my last year of juniors with the Austin Bruins, the team made the NAHL’s Robertson Cup Finals for a second straight year. The Bruins went up against the Minnesota Wilderness in an all-Minnesota best-of-3 showdown. The series was held in Austin and in Game 1, the teams battled to a 4-overtime marathon. It was the longest game in league history and the longest game I’ve ever called. Unfortunately Austin came up short in the game and the series. I’ll never forget my first professional broadcast, when I wore the headset for Evansville in October of 2015 against Indy. I still get the chills thinking about it. Both of those were losses, however. My favorite Oilers games include the win in Rapid City last year when Coach Murray returned to the bench, and the game in Colorado last spring during the Oilers’ playoff push where Kale Kessy had 34 penalty minutes, scored two goals and did the “Eagle Wings” celebration in front of a hostile crowd.
—
“Are we going to see any current/former ECHL players in the Dallas Stars/Florida Panthers exhibition game at the BOK Center?”
JP:  We likely won’t know for sure who plays for both Dallas and Florida until the day of the game, but there are several former ECHL players who will be in the two teams’ camps. The Stars have seven players with ECHL experience in the fold, including three goaltenders (Anton Khodobin, Phillipe Desrosiers and Landon Bow), two defensemen (Joel Hanley and Chris Martenet), and two forwards (Gemel Smith and Justin Dowling.) The Panthers have 12 players who previously played in the ECHL, including two goaltenders (James Reimer and Michael Hutchinson), five defensemen (MacKenzie Weegar, Jacob Macdonald, Josh Brown, Michael Downing and Thomas Schemitsch) and five forwards (Micheal Haley, Mike Hoffman, Paul Thompson, Dryden Hunt and Jayce Hawryluk).
—
That’s it for Mailbag #3! Thanks for all the great questions. Make sure to submit your questions or comments about the mailbag early by sending me an email at john@tulsaoilers.com or tweet me at @john_m_peterson. Let’s make Mailbag #4 the best one yet!