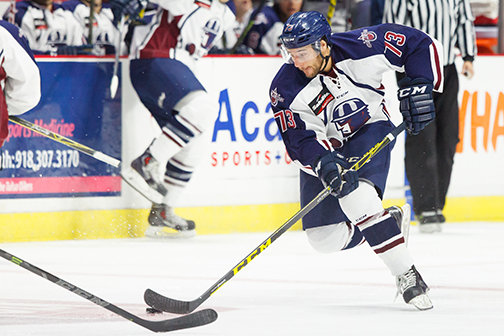 Ramsay, 23, enters his third pro season after posting 20 points (8-12=20) and 102 penalty minutes in 66 games for the Oilers in 2015-16. The Calgary, AB native also finished the 2014-15 season in Tulsa, where he appeared in 28 games for the Oilers after starting the season with the Ontario Reign. The Fuel will be Ramsay’s fourth ECHL team.

ECHL teams must submit their opening day roster to the league by 2pm CST on Wednesday, October 12. Teams can carry a maximum of 20 active players (21 for the first 30 days of the season) on their active roster (not counting players on reserve or injured reserve).