Tulsa generates 53 shots and gets a late tie-breaking goal from Ryan Tesink to beat Eagles 5-3. 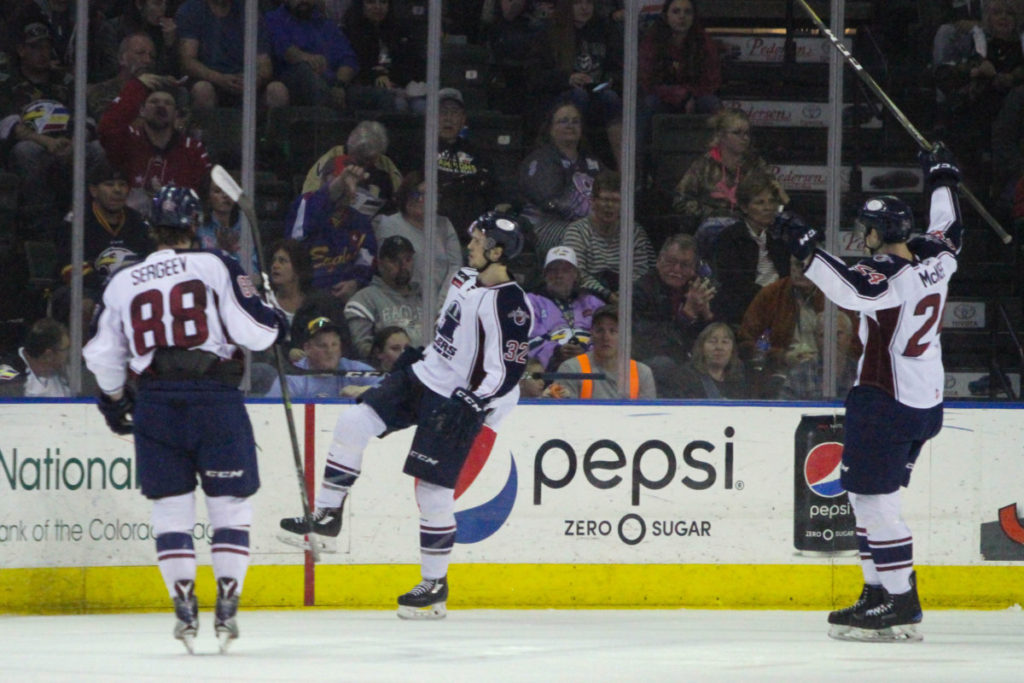 LOVELAND, CO – The Tulsa Oilers saw a two-goal lead disappear in the third period, but broke a 3-3 tie in the final three minutes of regulation to defeat the Colorado Eagles 5-3 Saturday at Budweiser Events Center.

After a series of early penalties for both teams, the Oilers scored the only goal of the frame, when Tommy Vannelli sent a wrist shot through traffic from the right point that beat Eagles goaltender Sam Brittain. Tulsa held a 14-13 shots advantage and was unsuccessful on one power play opportunity, but killed off all three Colorado power plays.

Ryan Harrison capitalized on a Tulsa turnover to tie the score at 1-1 in the second period, but Kale Kessy put the Oilers back in front before the end of the frame with a tap-in from the edge of the crease. Tulsa outshot Colorado 22-10 in the stanza to lead 36-23 after two.

Mike McKee gave the Oilers a two-goal cushion, when he scored 1:32 into the third period to make it 3-1. The Eagles staged a comeback, when Drayson Bowman and Jesse Mychan tallied back-to-back goals to even the score at 3-3 with under five minutes to play in regulation. Ryan Tesink blocked a clearing attempt and raced in all alone for a breakaway goal to put the Oilers back ahead with 2:37 to play. Kessy added an empty net goal as the Oilers picked up the important two points.

The Oilers finish off a four-game road trip Wednesday in Rapid City, SD with a game against the Rapid City Rush at the Rushmore Plaza Civic Center at 8:05pm. Catch the action on the Sports Animal, www.tulsaoilers.com or ECHL.TV, with coverage starting at 7:45pm.