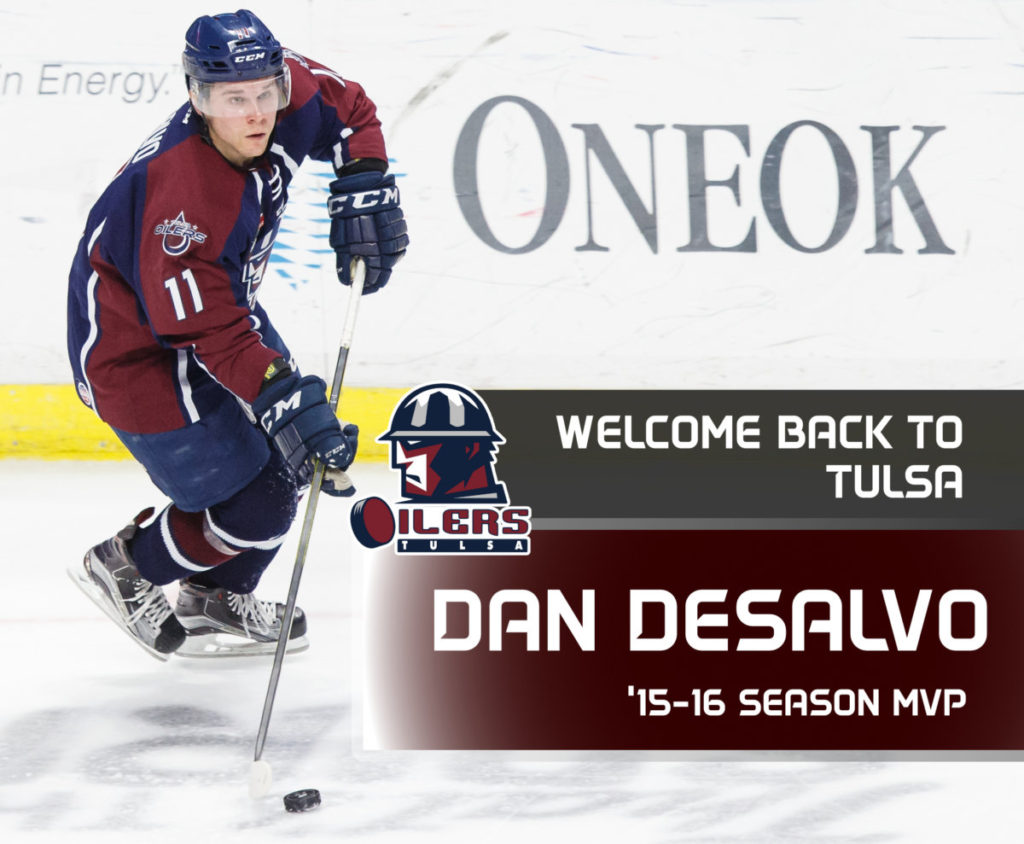 TULSA, OK – The Tulsa Oilers, proud ECHL affiliate of the NHL’s Winnipeg Jets and AHL’s Manitoba Moose, announced Tuesday the signing of forward Dan DeSalvo, who returns to the Oilers after leading the team in scoring in 2015-16.

DeSalvo put together quite the rookie season in Tulsa. The 24-year-old recorded 16 goals and 35 assists, with a plus-16 rating in 55 games for the Oilers, earning a spot on the ECHL’s 2015-16 All-Rookie Team. He was eighth among league rookies with 51 points and his 35 assists were good for fifth.

The 5’8, 175 lbs. forward compiled the ECHL’s second longest assist streak last season, when he contributed to ten goals over a nine-game span from January 30-February 14. He also had the league’s best home point streak, tallying a goal or an assist in 18 consecutive games at the BOK Center, a streak that began December 13. DeSalvo earned his first AHL call-up March 9 when the Oilers loaned him to the Manitoba Moose, where he scored five goals and added nine assists in 17 games.

Prior to turning pro, the Rolling Meadows, IL native spent four seasons with Bowling Green State University from 2011-15, where he recorded 102 points (29 goals, 73 assists) in 153 games for the Falcons. He played one year of juniors for the USHL’s Des Moines Buccaneers in 2010-11.