Two home games against Wichita and one against Colorado moved to earlier dates at the BOK Center.

TULSA, OK – The Tulsa Oilers, proud member of the ECHL, announced Thursday three changes to the team’s home schedule for the 2017-18 season. Three late-season games originally scheduled for the final week in March—two against the Wichita Thunder and one against the Colorado Eagles—have been moved to earlier dates.

30 of Tulsa’s 36 home games will be on weekend, as the Oilers gained a Sunday game and lost a Tuesday game with these schedule changes. A complete 2017-18 schedule is available at www.tulsaoilers.com/schedule.

The Tulsa Oilers begin their fourth ECHL season and tenth season of hockey at the BOK Center on Friday, October 13, when the club hosts the Kansas City Mavericks at 7:05pm. Season and Group Tickets are on sale now by calling the Oilers front office at 918-632-7825. Visit www.tulsaoilers.com for more information. 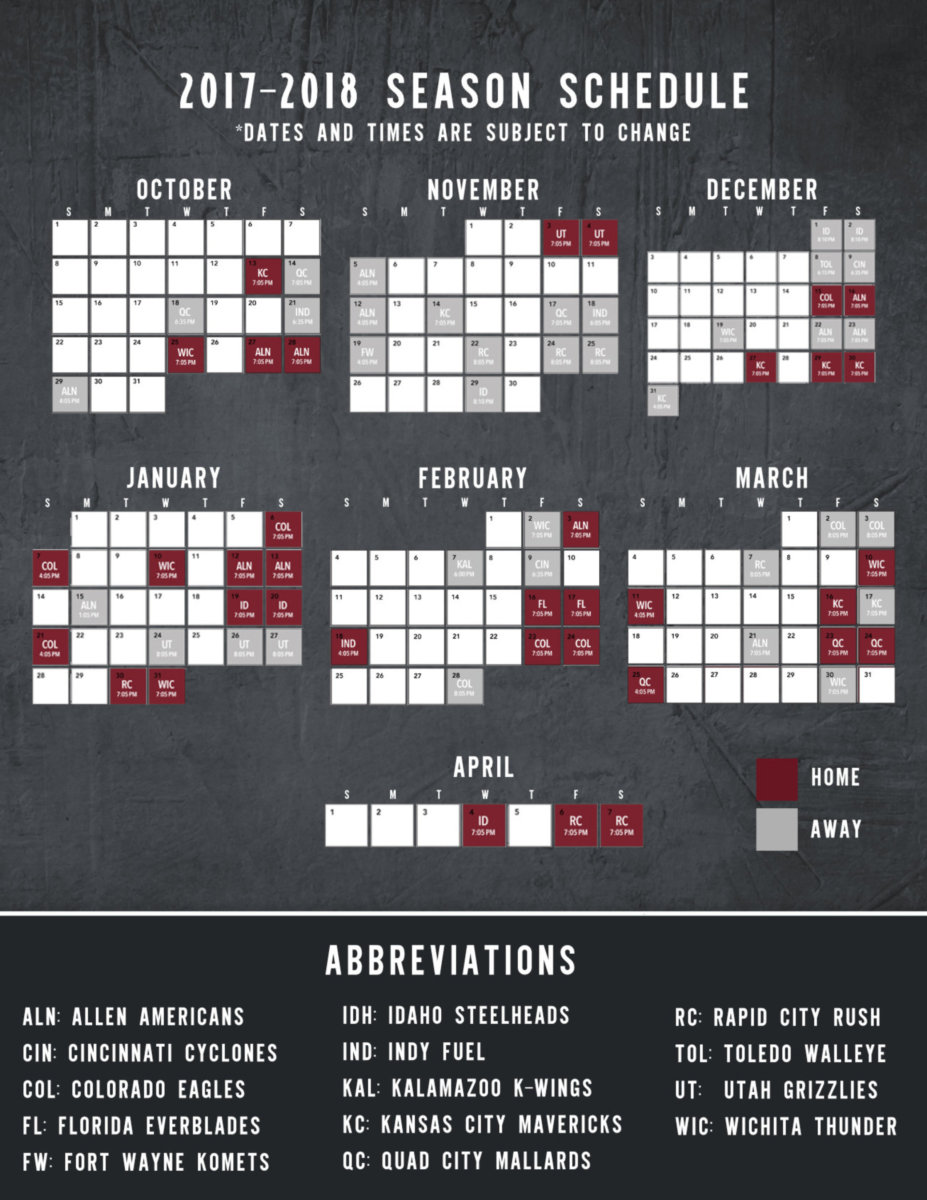