Most games and Coach’s Shows to air on ESPN (99.9FM and 1550AM), with a select number to air on The Sports Animal network. 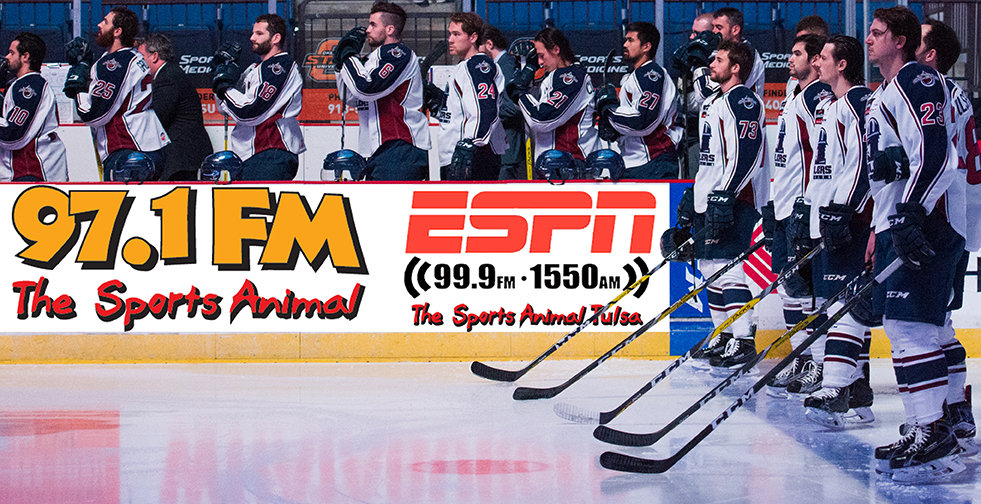 TULSA, OK – The Tulsa Oilers, proud member of the ECHL, announced Tuesday that the team has reached an agreement with The Sports Animal on a radio partnership for the 2017-18 season, making The Sports Animal the “Official Home for Oilers Hockey”.

“Given the popularity of Tulsa Oilers Hockey in Oklahoma and that they are the only minor league team in the state, it makes perfect sense and we look forward to a great partnership!” said Kevin Ward, Program Director at The Sports Animal Radio Network.

The Oilers previously streamed the team’s games exclusively online in 2016-17, and General Manager Taylor Hall expressed his excitement to work with The Sports Animal.

“It has been several years since Oilers games have been on the radio here in Tulsa, so we are very excited to partner with The Sports Animal and think our fans will be too,” said Hall.

The Tulsa Oilers begin their fourth ECHL season and tenth season of hockey at the BOK Center on Friday, October 13, when the club hosts the Kansas City Mavericks at 7:05pm. Due to a prior commitment, that game will not be on the radio, but will be streamed at www.tulsaoilers.com. The rest of the season can be heard on The Sports Animal network with the Voice of the Oilers, John Peterson.

Tulsa Oilers Season and Group Tickets are on sale now! Call the Oilers front office at 918-632-PUCK (7825) or visit www.tulsaoilers.com for more information.