TONIGHT’S MATCHUP
Round 2 of the four-game series week between the Tulsa Oilers and Allen Americans has arrived. Tuesday night the Oilers started things off with a shutout over the Americans where Kevin Carr would take the win 2-0 but Joel Rumple would still stop 41 shots. Americans’ Chad Costello’s seven-game point streak was snapped. Tulsa is now only nine points below the Americans in the standings and hopes to only be down by seven after tonight.

Through eight meetings this season, the Oilers have stolen five victories from Allen.

LINE LEADERS
The line of Dan DeSalvo, Phil Brewer and Emerson Clark has continued to prove plentiful. Again and again. These skaters have a combination of 17 points in the last six games—Clark 7, DeSalvo 7 and Brewer 3.

‘HOWE’ DOES HE DO IT?
Alongside his competent teammates, Emerson Clark is on quite the roll. With 29 points, Clark has 16 goals and 13 assists (3 goals and 2 assist from Greenville Swamp Rabbits prior to trade). On Saturday, January 9, the forward earned himself a Gordie Howe Hat Trick with a goal, three assists and a fight. For some this would be a rare occurrence, but not for Clark. Only three games later he did it again. Saturday (January 16) against the Steelheads, Clark netted two goals, an assist and a fight. Only one game would separate his third Gordie in 15 days. Three consecutive Saturdays Clark would produce.

The forward is fifth in the league with 113 penalty minutes. The last three times Clark has fought in games the Oilers were down and then came back to win (Wichita 01/09, Idaho 01/16, Missouri 01/23).

EXTRA DROPS
Kevin Carr is fourth in both goals against average (1.97) and in minutes (1614)…Among rookies in the ECHL, Dan DeSalvo is sixth in scoring with 31 points, fourth in assist with 20 and first in plus/minus at +19… Phil Brewer is tied for first in rookie shootout goals with two…Tulsa is eighth at home on the power play at 20.4%…The Oilers are fifth in goals against per game averaging 2.43 and fourth in shots against with 27.43… 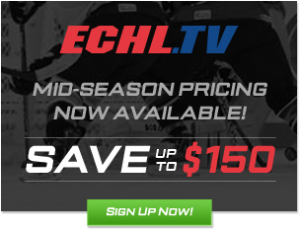 The Tulsa Oilers return home tomorrow night against the Allen Americans. If you are looking for some to do in Tulsa this weekend. You may want to check out the game tomorrow night at the BOK Center. It is youth jersey giveaway night presented by York plumbing. The first 1000 kids 12 years old and under will get a free youth jersey. We recommend getting to the BOK Center early if you want to get a youth jersey. In previous years the the line up for jerseys start as early as 2 hours before the game. Jerseys will be given away at both the grand Lobby doors 3rd St and Dever as well the main box office doors located at 3rd St and Frisco. Pack up the kids and make it to the game and be part of one the coolest things to do this weekend in Tulsa Oklahoma.

So if you and your family are looking for some fast pace live action right here in Tulsa Oklahoma, you want to check out the Tulsa Oilers professional hockey team at the BOK Center.

The BOK Center is home to the Tulsa Oilers hockey team. It is a state of the art multi purpose facility which seats 17,000 for a professional hockey game. If you are looking for a date night out with your significant other , a Tulsa Oilers game at the BOK center is is must stop on your list of things todo in Tulsa Oklahoma.

The Tulsa Oilers play 36 regular season home games form October through April. There is eleven home games in the month February right here in Tulsa Oklahoma at the Bank of Oklahoma Center.

All Tulsa oilers home game games start at 7:05 PM Monday through Saturday. Tusla Oilers home games on Sundays at the Bank of Oklahoma Center start at 4:05 PM on all Sundays.

These night promotions make a Tulsa oilers home game a must do for families this weekend in Tulsa Oklahoma.