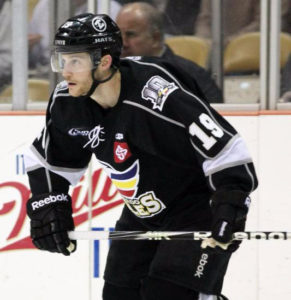 Sides, 31, returns to the ECHL after spending the 2016-17 season with the Dundee Stars of the Elite Ice Hockey League (EIHL), where he served as Captain. During his season in Scotland, Sides compiled 35 points (11g, 24a) in 43 games for the Stars.

The 5’11, 185 lbs. winger turned pro with the Central Hockey League’s Arizona Sundogs in 2009-10 after four college seasons–three as Captain—at the Wentworth Institute of Technology (Division 3) in Boston. In 123 CHL games over two seasons for the Sundogs, Sides recorded 98 points (44g, 54a) and 219 penalty minutes. He also played half of a season for the Friesland Flyers in the Netherlands in 2011-12.