WEEK IN REVIEW
The Oilers spent the last week in West Valley City, Utah where they two out of a possible six points against the fifth team in the Western Conference, the Utah Grizzlies. Although Tulsa came out strong and got their first big road win in over seven games on Wednesday night, it did not give them enough to get past the Grizzlies neither Friday nor Saturday.

Wednesday in the Maverick Center regulation did not decide the outcome. However, the shootout that did, would name the Tulsa Oilers as the winners 3-2. Goaltender Jussi Olkinuora stole the show as he made 43 saves as well as stopped both Utah shootout attempts. Both Tulsa goals were on the power play—one by Christophe Lalancette and the other, Phil Brewer. Brady Ramsay and Adam Pleskach were the shootout producers.

Utah scored first, as they have in every game against the Oilers at home this season. Oilers Connor Kucera, Shawn Bates and Phil Brewer all tallied goals but were one short in the 4-3 defeat. Bates inked his first as an Oiler in his first game with Tulsa on Friday night.

The lone Tulsa goal in the 3-1 loss on Saturday came in the first period by newcomer Bates—who scored his second goal with the Oilers in his second game. Alongside him with the assist was Roberts Lipsberg who notched a point in his very first shift with the team.

LOOKING AHEAD
This week the Oilers will host the Colorado Eagles who are just five points ahead of them in the Western Conference standings. This will be Colorado’s first visit to the BOK Center. The two teams got together earlier in November in Colorado when the Eagles swept the Oilers in what was back to back losses for Tulsa.

Friday and Saturday the Oilers are back on the road. Friday they will battle against the team that currently stands in their way of a playoff position with just three points, the Quad City Mallards. On Saturday Tulsa will relocate to Evansville to take on the IceMen who are still a whopping eight points behind. This week is capable of making things more clear for teams looking to secure their spots in the standings.

ROAD TO KELLY
The Tulsa Oilers are ninth in the Western Conference Standings—just one spot out of the final playoff position. Tulsa will look to increase their 69 points this week as they have an opportunity for an extra eight. If the Oilers won all four of their games this week and a selected few teams lost, Tulsa could easily jump multiple slots in the standings. Even a few wins for the Oilers could change things.

FRESH FACES
This past weekend the Tulsa Oilers have announced three fresh faces to their roster. Although they’re new to Tulsa, not all will be complete strangers to the team. Both forward newcomers Shawn Bates and Ben Murphy have been on the same side as a few Oilers in college. Bates, out of Merrimack College, scored his first goal as an Oiler in his first game with them on Friday against the Grizzlies. Then his second on Satruday. He and Oilers defenseman Justin Mansfield spent time as teammates. Murphy comes to Tulsa after time at Bowling Green State University with Oilers Connor Kucera and Dan DeSalvo.

The third was announced on Saturday. Roberts Lipsbergs out of Riga, Latvia was picked up by the Oilers off of waiver claims. The forward spent 37 games with the Utah Grizzlies this season registering 16 points (9 goals and 7 assists).

POWER HOUSE
When in the BOK Center, the Oilers bring it. In their own home, the Oilers are second in the ECHL on the power play. Tulsa may be in last place on the road with the man advantage but at home they have 21.1% just behind the Fort Wayne Komets. They have 19 total power play goals on 90 attempts in 33 games.

MOOSE MOVES
The Moose still have Oilers’ leading goal scorer, Dan DeSalvo, on loan. DeSalvo, on a contact with Tulsa, made his AHL debut with the Moose where he produced an assist. In his second game, DeSlavo tallied his first AHL goal against the Grand Rapids Griffins on Friday, March 11. In eight games, the forward has five points.

EXTRA DROPS
The Oilers are sixth in the ECHL in shots against with a 27.91 percentage… Kevin Carr is tenth among goaltenders with a 2.26 goals against average and third in minutes with 2498… Phil Brewer is tied at third among rookies with 23 goals… Tulsa leads in team high penalty minutes with 109 on 01/02/16… 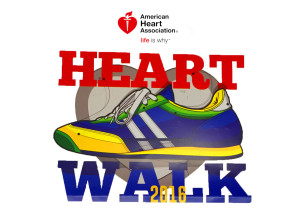