OILERS HIT THE ROAD IN SECOND WEEK OF THE SEASON

Tulsa travels to Quad City on Wednesday and Indy on Saturday after dropping first two games of the season. 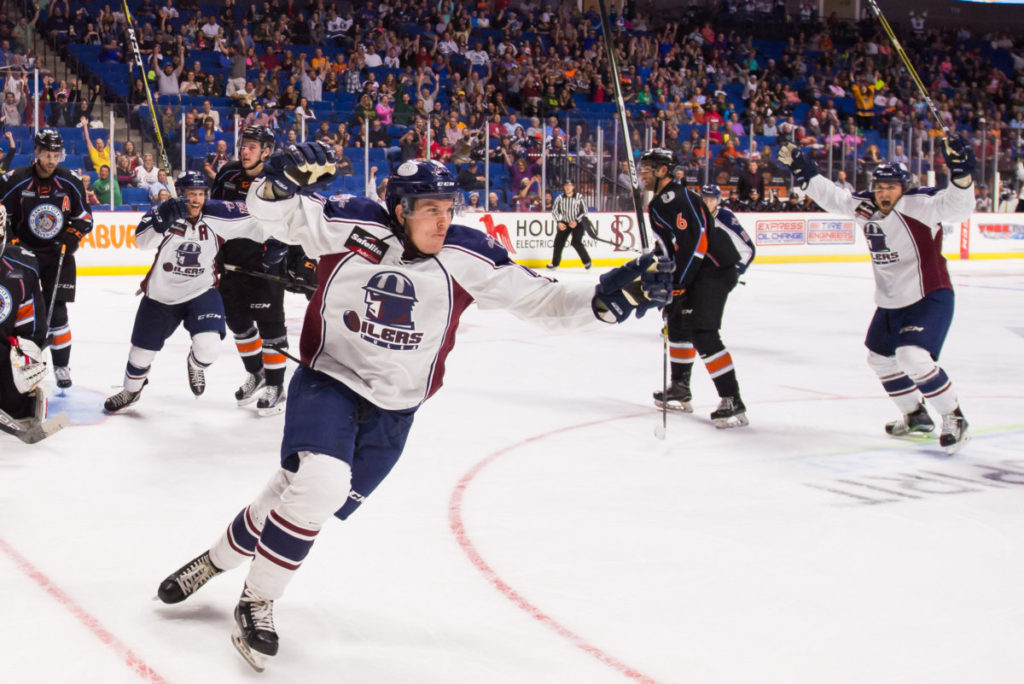 >> The Oilers opened the 2017-18 in front of 12,845 fans at the BOK Center, but fell behind 2-0 in the first period. After the deficit swelled to 4-0 early in the third, Tulsa staged a comeback that started with a Dennis Brown power play goal. Conner Bleackley and Joey Sides each had a goal and an assist in bringing the Oilers back to within one, but Kansas City held on with an empty-net goal late.

>> In a game that saw five lead changes, the Mallards outlasted Tulsa in the end thanks to back-to-back goals 23 seconds apart in the third period. The Oilers led three times (1-0, 2-1, 4-3) and were supported by goals from Conner Bleackley, Dylan Hubbs, Adam Pleskach, and Alexandre Ranger, but dropped to 0-2-0 in the narrow defeat. Bleackley’s goal was a short-handed tally in the first period, and Pleskach scored his on a power play late in the second.

·         Tulsa has power-play goals in back-to-back games, and scored a short-handed goal Saturday vs Quad City.

The Oilers had the largest opening night crowd (12,845) of the 13 ECHL teams who played a home game on Opening Weekend. The only single-game attendance mark higher all of last season in the entire ECHL was Tulsa’s sellout March 31 vs Wichita (16,759), which was the second largest attendance in league history.

Join us downtown Tulsa on Monday night from 6-7pm at Naples Flatbread Kitchen and Bar on Denver Avenue, as we recap the opening weekend of the 2017-18. Head Coach Rob Murray will join us on the show, along with Oilers veterans Steven Kaunisto and Joey Sides. Naples is family-friendly and has great food and beverage options, located right across from the BOK Center.

Following Tulsa’s game against the rival Allen Americans on Saturday, Oct. 28, the Oilers will hold their annual Adopt-an-Oiler Auction in the OneOK Club on the concourse level of the BOK Center. Stick around to take part in the fun! For more information, visit www.tulsaoilers.com/adopt-oiler-2017-18/