Oilers set to host Wichita on Wednesday and Allen on Friday and Saturday, after securing three of four possible points last week. 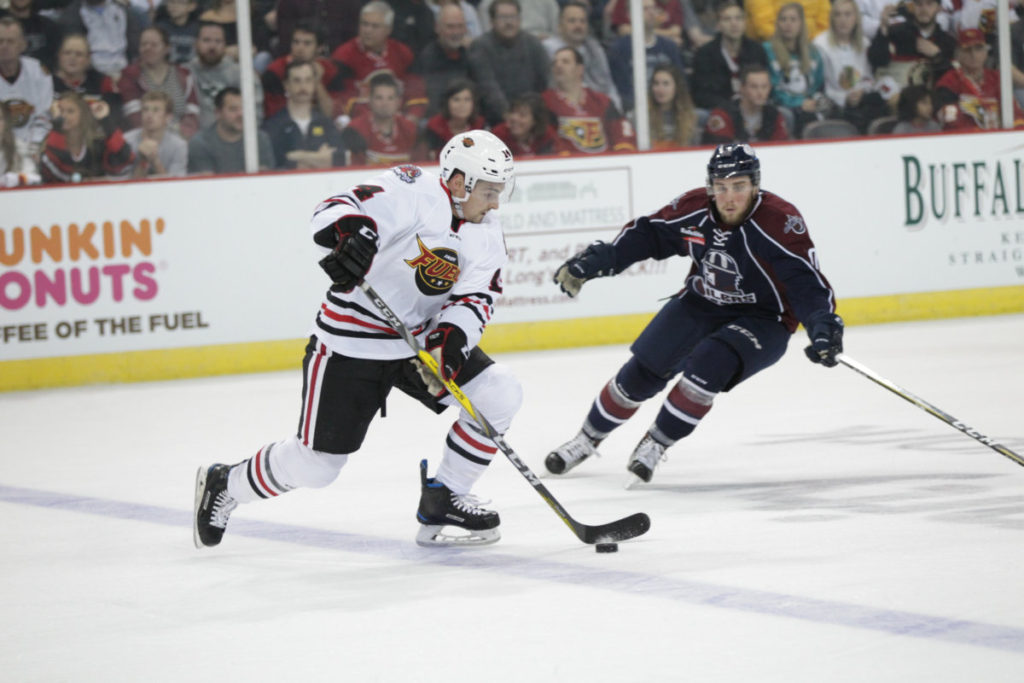 >> Tulsa picked up its first win of the Rob Murray era Wednesday in the Quad Cities. Justin Selman and Adam Pleskach each scored in the opening period to get the Oilers out to a 2-0 lead. The Mallards tipped in a shot early in the second period to make it 2-1, but Tommy Vannelli answered with a power play goal to put Tulsa ahead by two goals again. Quad City again had an answer, making it a one-goal game going into the third period. Conner Bleackley added an insurance goal late, and rookie Evan Richardson finished the scoring with his first pro goal, an empty-netter to seal the 5-2 win. Goaltender Devin Williams stopped 32 of 34 shots in his first career victory.

>> In a stand-alone Saturday trip to Indianapolis, the Oilers gained a point in a back-and-forth shootout loss to the Indy Fuel. Evan Richardson started the scoring midway through the second period, but the Fuel tied the game on a late 5-on-3 power play before the end of the frame. 12 seconds into the third period, Indy jumped in front with another power play tally, but Oilers veteran Joey Sides buried a rebound to force a 2-2 tie and overtime. After a scoreless extra period, Alex Wideman notched the only shootout goal for either side, as the Fuel earned the 3-2 win.

FOUR IN FIVE THIS WEEK

Rob Murray notched his first win as Tulsa’s Head Coach on Wednesday in the Oilers’ 5-2 victory over Quad City. Murray now has 231 career wins, following six seasons with the Alaska Aces, including a Kelly Cup Championship in 2014…All four Oilers players under contract with the St. Louis Blues contributed on the score sheet in the win. Justin Selman (1g, 1a) and Dmitrii Sergeev (2a) each recorded two points, while Tommy Vannelli (ppg) and Conner Bleackley (g) had one each.

Following Tulsa’s game against the rival Allen Americans on Saturday, Oct. 28, the Oilers will hold their annual Adopt-an-Oiler Auction in the OneOK Club on the concourse level of the BOK Center. Stick around to take part in the fun! For more information, visit www.tulsaoilers.com/adopt-oiler-2017-18/