After two games over the weekend at the BOK Center, Tulsa begins stretch of five-straight road games with stops in Colorado and Utah. 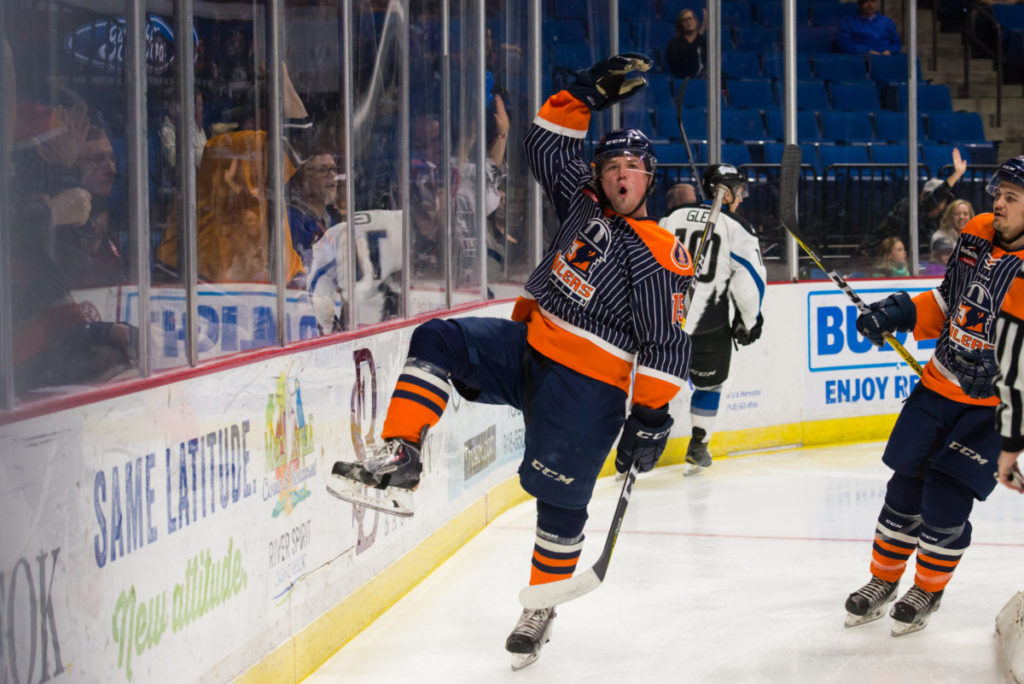 In the final meeting of the season between the Oilers and Mallards, Garrett Ladd gave Tulsa an early lead on an unassisted goal, before Quad City answered twice within the next two minutes to lead 2-1 after one. Phil Brewer tied the game 22 seconds into the second period, before Christophe Lalancette gave Tulsa the lead later in the frame. To complete the three-goal period, Wes Cunningham scored a power play goal, his first as an Oiler to make it 4-2. The Mallards got one back on a short-handed breakaway, but Shawn Bates added an empty-netter to seal the 5-3 win. Jamie Phillips stopped 21 shots in the win.

Tulsa returned home for the first time since New Years Day in the first of two meetings with the Steelheads. Idaho scored a goal early in the first, and padded their lead to 4-0 in the second period thanks to a pair of power play goals and a short-handed tally. Reid Halabi put the Oilers on the board with his second goal of the season late in the frame, and Danick Gauthier deflected a shot into the net in the third to cut the Steelheads’ lead in half. But Idaho scored a third power play goal on a late 5-on-3 to come away victorious 5-2.

The Oilers jumped out in front 1:08 into the rematch, when Darcy Murphy pocketed his 11th of the season past Idaho goaltender Branden Komm. Tulsa goaltender Colin Stevens left the game with an injury after Idaho scored twice late in the opening frame, and he did not return, replaced by newcomer Keegan Asmundson. In the relief appearance, Asmundson stopped all 16 shots the rest of the way, but Komm stole the show, turning away 46 of 47 Oilers attempts.

Manitoba center Dan DeSalvo leads the Moose with 10 goals and is second with 21 points in 30 games…Jimmy Lodge has 15 points (7g, 8a) in 36 games for the Moose…Ryan Olsen has 3 goals since his January 2nd call-up to Manitoba, and 4 total in 27 games…Forward Kale Kessy did not play in Manitoba’s two games over the weekend in San Antonio, and goaltender Jamie Phillips backed up Eric Comrie…Alexandre Ranger has 1 goal in 5 games since signing a tryout agreement with the St. John’s IceCaps.

Keegan Asmundson made his Oilers debut Sunday in relief of Colin Stevens, who left with an injury. Asmundson is the first goaltender other than Stevens or recently recalled Jamie Phillips to see action for Tulsa since November 4th (Brody Hoffman), a streak of 35 games.

Before he was recalled to Manitoba, Jamie Phillips represented the Oilers in Glens Falls, NY at the ECHL All-Star Classic as the starting goaltender. He stopped 12 of 13 shots in 25 minutes of play in helping the ECHL All-Stars to a 8-7 win over the host Adirondack Thunder…Tulsa is 14-7-2 this season with Adam Pleskach in the lineup and 9-10-2 without him…Danick Gauthier recorded his first multi-point game of the season Saturday against Idaho with a goal and an assist. Shawn Bates and Emerson Clark lead the Oilers with six multi-point games…Tulsa is 14-0-0 when scoring four or more goals and is 14-2-1 when allowing two or less.