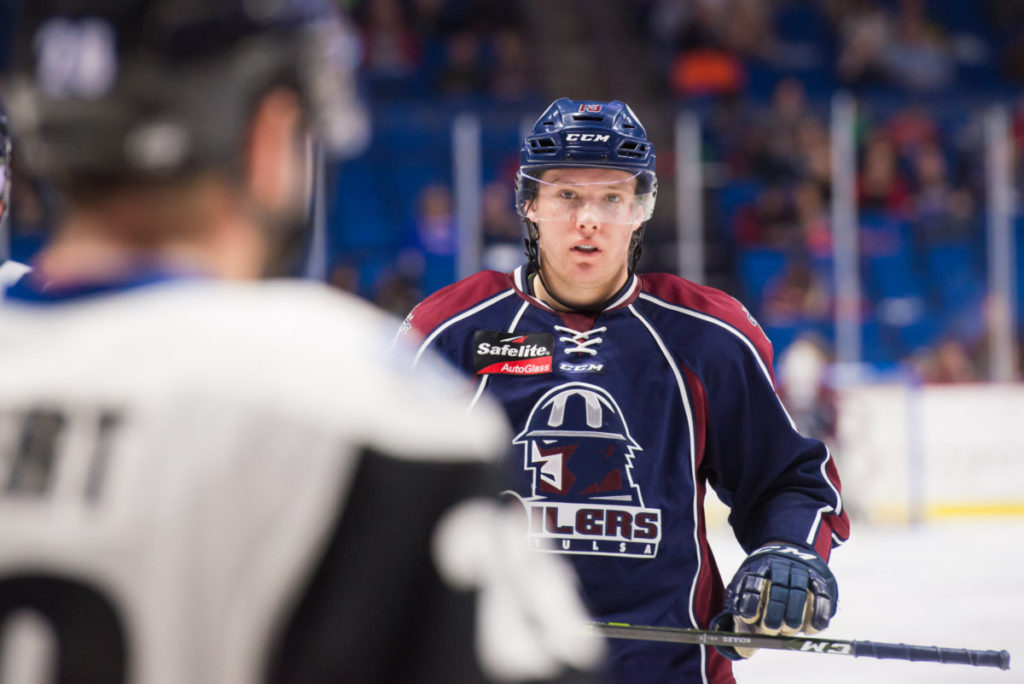 In the first game out of the holiday break, Missouri jumped out to a 1-0 lead in the first two minutes of play, but Tulsa dominated the rest of the game. The Oilers picked up goals from Garrett Ladd and Danick Gauthier to lead 2-1 after one. Shawn Bates and Dmitri Ognev added goals in the second period to open the Oilers’ lead up to 4-1 at the second intermission, and Ladd picked up his second of the game early in the lead on the way to a 5-2 win. Colin Stevens stopped 29 of 31 shots in the victory.

All four regulation goals Friday were scored in the first 10:11 of the first period. Utah jumped out to a 1-0 lead 2:56 into the game, before Tulsa scored two straight 1:46 apart from Emerson Clark and Garrett Ladd. The Grizzlies tied the game midway through the frame, before the goaltenders—Colin Stevens for Tulsa and Troy Redmann for Utah—stole the show the rest of regulation. Grizzlies defenseman Tim Daly ended the game on a backhander in front of the net with 2:35 left in overtime.

The Thunder took an early lead thanks to a short-handed goal by Vincent Arseneau, but Tulsa answered with a goal from Phil Brewer and a penalty shot goal by Jacob Poe before the first intermission. Wichita had an answer in the second with two straight goals to take a 3-2 lead, but Shawn Bates provided the equalizer before the second break. Late in the game, Danick Gauthier broke the deadlock with 1:43 left, and Emerson Clark beat the buzzer with an empty netter, sealing the win for goaltender Jamie Phillips.

After giving up the first goal for the second straight night, The Oilers tied the game at 1-1 thanks to a first period goal by Phil Brewer. Tulsa scored a season-high four goals in the second period with tallies from Christophe Lalancette, Tyson Wilson, and power play goals by Shawn Bates and Kale Kessy. The Oilers led 5-2 after two. Ian Lowe scored his second of the game for Wichita in the third period, but Jamie Phillips stood tall down the stretch for his league-leading 18th win.

Former Oiler Dan DeSalvo has 15 points (8g, 7a) in 20 games with the Manitoba Moose. The second-year forward also has 2 power play goals and 1 short-handed tally, and his 8 goals are tied for the team lead.

Christophe Lalancette is just 4 games from his 100th as a pro…Including his time in the AHL, Emerson Clark needs just 3 points to reach 100 in his career…Shawn Bates is 1 point from 100 in his pro career, if you include his time in the SPHL.