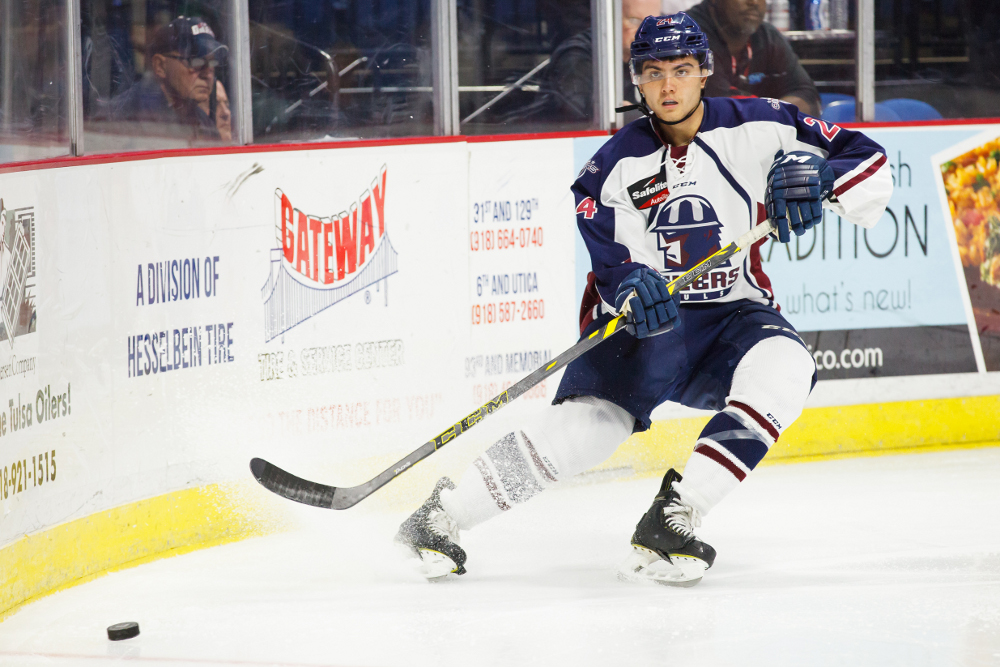 Brennan Serville is the second Oiler to be recalled by Manitoba this week. (photo by: Kevin Pyle – www.photopyle.com)

TULSA, OK – The Tulsa Oilers announced on Friday that rookie defenseman Brennan Serville has been recalled by the Manitoba Moose, the Oilers’ AHL affiliate.

The 22-year old Serville recorded two assists and a +2 rating in seven games with the Oilers this season.  A 2011 draft pick of the Winnipeg Jets, Serville attended training camp with the Moose before being assigned to Tulsa in mid-October.  The Pickering, Ontario native spent the previous four years at the University of Michigan where he suited up in 129 games for the Wolverines.

Serville is the second Oilers’ player recalled by the Moose this week as center Ben Walker was called up to Manitoba on Wednesday. Serville will join the Moose in North Carolina where they will play a pair of weekend games against the Charlotte Checkers.

The Oilers are back in action tonight at 8:05 p.m. (CST) for the first of back-to-back contests against the Colorado Eagles.