TULSA, OK – The Tulsa Oilers put up a season-high 53 shots on goal Friday against the Missouri Mavericks, but were defeated 3-0 thanks to a shutout from goaltender Eamon McAdam. 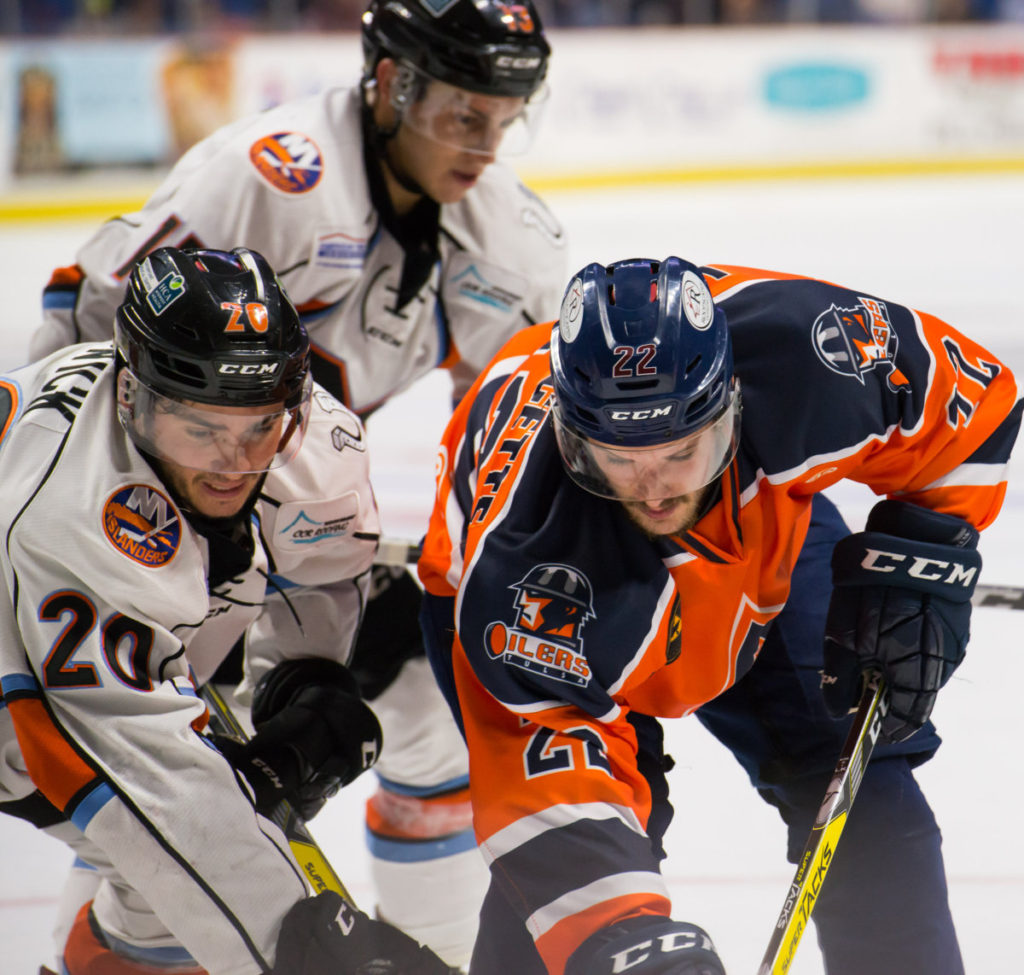 The teams skated through a scoreless first period, as Tulsa outshot Missouri 14-11. Oilers goaltender Colin Stevens and McAdam stopped everything they saw in the frame.

Tulsa took a season-high 28 shots in the second period, but were turned away each time by McAdam, who had 42 saves through 40 minutes. Stevens also stopped all 10 Mavericks attempts in the frame, as the teams skated into the final period scoreless.

McAdam completed the shutout with 11 more saves in the third, as Missouri broke the scoreless tie on a power play, when Dane Fox banked in a shot off of a skate in front of the net 5:45 into the stanza. The Mavericks added two empty net goals late, one from Fox and one from Reed Seckel to complete the scoring, as McAdam completed his first ECHL shutout.

UP NEXT: The Oilers and Mavs face-off again Saturday at 7:05pm at the BOK Center in the eight of 11 total meetings. Tickets are available by calling 918-632-7825 or visiting www.tulsaoilers.com. Oilers players will sign autographs at Torero Bar & Kitchen across the street from the arena at the postgame party.