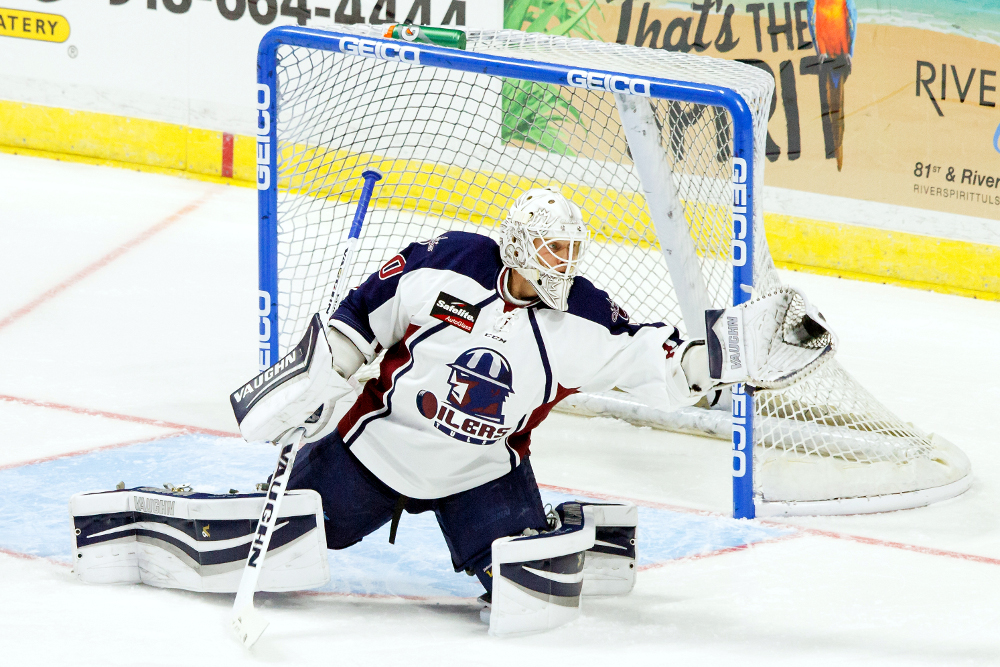 (photo by: Kevin Pyle – www.photopyle.com)
TULSA, OK – The Tulsa Oilers announced on Sunday that goalie Jussi Olkinuora has been recalled by the Manitoba Moose of the American Hockey League.
Olkinuora, who participated in training camp with the Moose before being re-assigned to Tulsa to start the season, made seven starts for the Oilers and posted a 2-3-1-1 record to go along with a 2.80 goals against average and a .909 save percentage.  A 25-year old native of Helsinki, Finland, Olkinuora has appeared in 15 AHL games over the last three seasons with the St. John’s IceCaps.  He spent the bulk of last season playing for Oilers’ head coach Jason Christie with the Ontario Reign and recorded career-bests in wins (27), goals against average (2.41), and save percentage (.916).
Kevin Carr made his second consecutive start in net for the Oilers on Sunday night and made 20 saves in a 4-3 loss to the Allen Americans.  The Oilers earned three of a possible six points in three weekend games (1-1-1-0) and will return to home ice on Friday, November 27 at 7:05 p.m. to start another set of three games in three days against the rival Wichita Thunder.
For ticket information, call 918-632-7825 or visit www.tulsaoilers.com.
Looking forActivities in Tulsa?