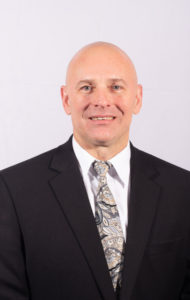 Entering his 14th season as General Manager, Hall oversees all day-to-day operations of the Oilers’ front office. From forming partnerships with local businesses to increasing attendance and ensuring a memorable fan experience, Hall is involved in every aspect of the Oilers franchise. With his infectious enthusiasm for the game of hockey, Hall has played an integral role in expanding the Oilers’ fan base and increasing the visibility of the team in the community. A native of Regina, SK, Hall formed a deep connection to the Oilers as a player-assistant coach during Tulsa’s run to the Central Hockey League championship in 1993. In addition to playing for the Oilers, Hall’s 12-year professional career included time with the NHL’s Vancouver Canucks and Boston Bruins. Hall retired with the Oilers in 1996 and spent five seasons as a Head Coach in the CHL. 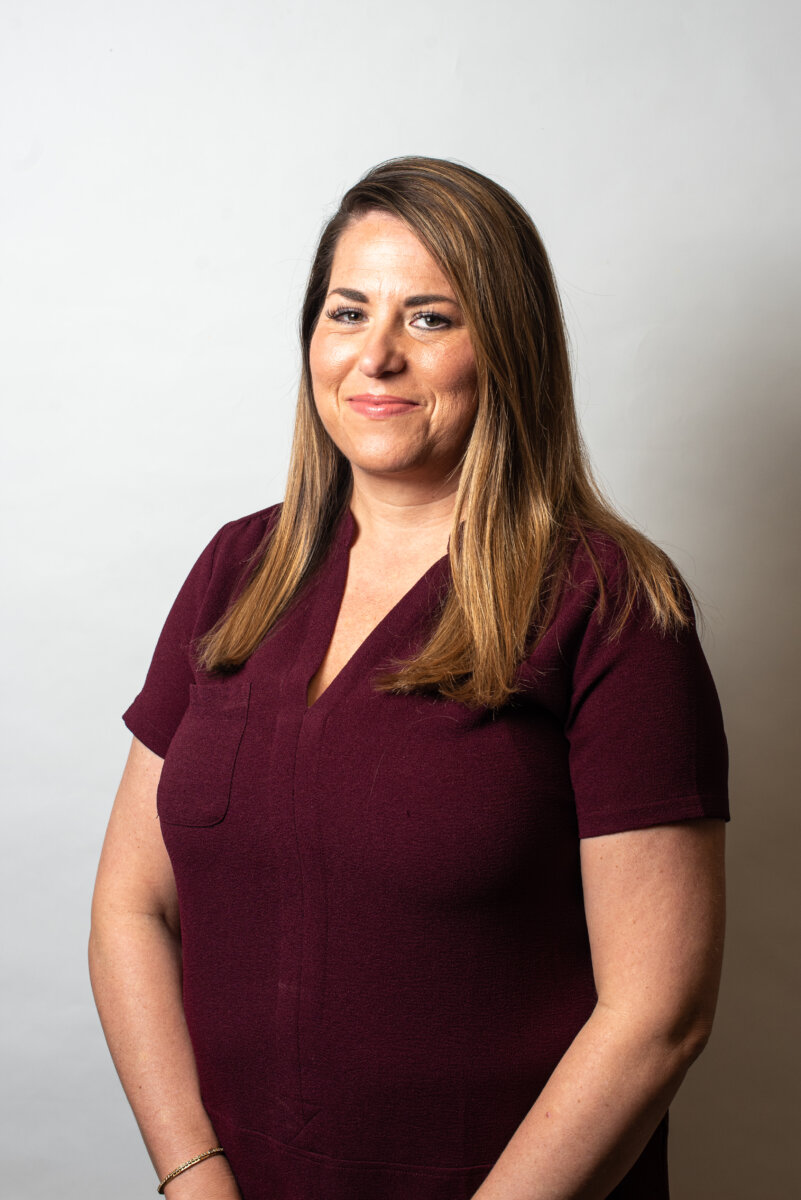 Jessica joined the Oilers as an intern in 2000 and now organizes all game day activities happening both on and off the ice at the BOK Center. Jessica makes sure every Oilers fan is treated to the best atmosphere in the ECHL. She has a hand in everything taking place in the arena from the National Anthem to the intermission contests to the entertainment in the seats. Jessica also handles front office business matters for the team and keeps the day to day operations of the franchise running smoothly. A lifelong Tulsan Jessica still resides in the area with her dog Bowie and dog dad Shane. Jessica holds a degree in Business Administration and Management from Oklahoma Baptist University. 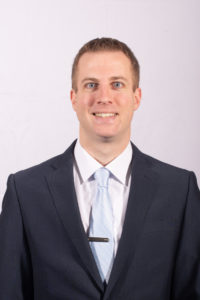 Shawn, who arrived in Tulsa in 2012, oversees all daily ticket operations in the Oilers office and ensures that all Oiler fans get the very best seats for the best price. Shawn landed in NE Oklahoma after spending two years as VP of Ticket Sales for the Dayton Gems, formerly of the CHL. During his time in Dayton, he helped raise the Gems average attendance by 1,000 fans per game. Prior to his time in Dayton he worked for the expansion Missouri Mavericks professional Hockey Team and helped the team set a CHL record for group tickets. His current role with the Oilers will include all items ticket related, focusing on season and group tickets. Shawn earned a degree in Entertainment Management from Missouri State University and lives in Broken Arrow with his wife Amelia and daughters Emmerson and Waverly. 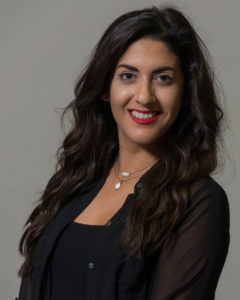 Desiree developed her love of hockey and the Detroit Red Wings while growing up in Grand Rapids, MI. This is her 10th season with the Oilers. Desiree started with the team during the 2011-12 season as an Ice Girl. In 2014, she interned for the team while continuing to promote Oilers hockey as an Ice Girl. Desiree assists in all different areas for the team, from ticket sales, corporate partnerships/fulfillment and day-to-day front office operations.  When she isn’t spending her free time hanging out with friends and family, Desiree enjoys representing the Oilers at community events, entertaining fans at the BOK Center, and developing business relationships with companies across the Tulsa area. 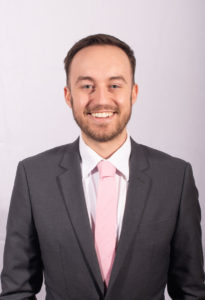 Broadcaster and Director of Media Relations

Zack came to the Oilers in June 2015 as a Media Relations Intern while attending Oklahoma State University. Upon graduating with degrees in both Sports Media and Strategic Communications, Zack was originally hired as a the team’s Color Analyst, assisting in media relations and sales before assuming the role of Broadcaster and Director of Media Relations in 2019. Zack also serves as the sideline reporter for Union High School Football. Outside of calling Oilers games on TulsaOilers.com, ECHL.TV and Cox Yur View, you can catch Zack on several local outlets, including 1170 the Blitz and KRMG.  Zack hails from Colleyville, TX and roots for his hometown Stars, as well as the Toronto Blue Jays, Jacksonville Jaguars and Oklahoma State Cowboys. He is also a diehard supporter of Premier League Crystal Palace Football Club in Croydon, South London – where both of his parents are from. Before joining the Oilers, Zack volunteered with the NCAA and Oklahoma State Athletics. Zack currently resides in Broken Arrow, OK with his dog Olivia, the team’s unofficial Barkcaster. 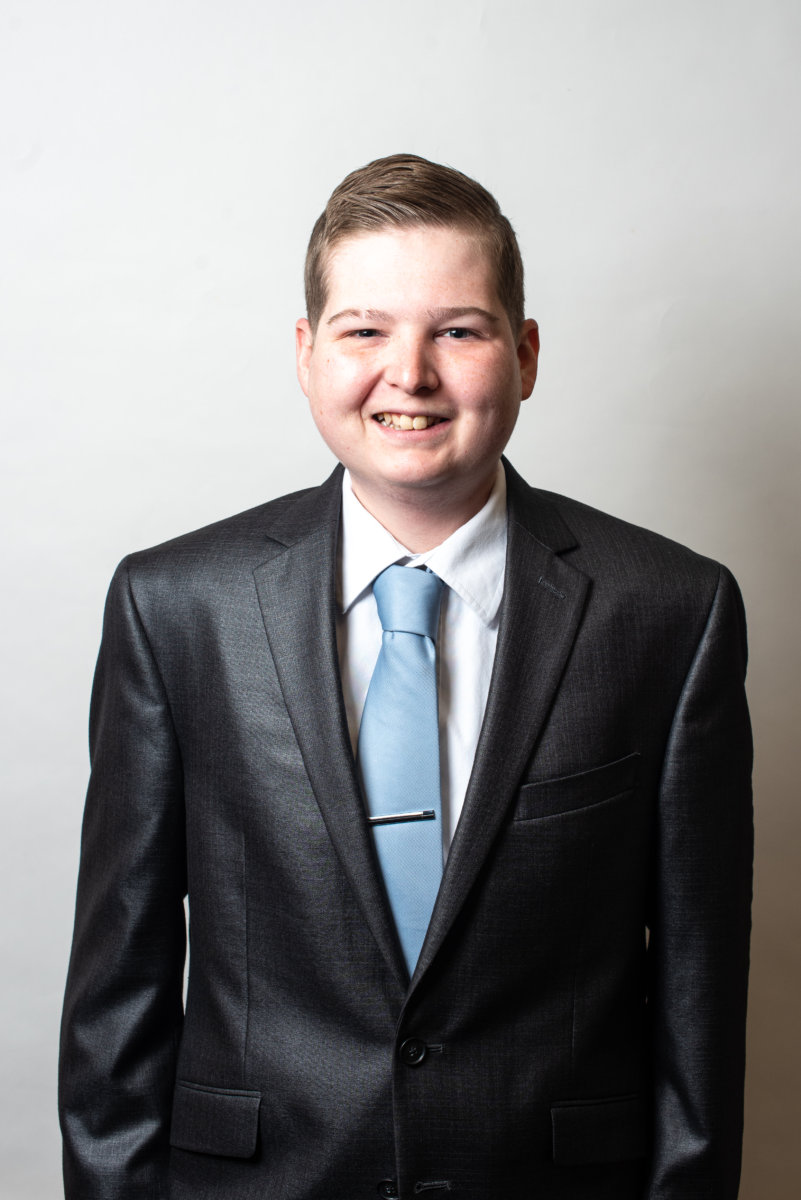 Nathan joined the Oilers in July 2016 after graduating with a degree in Sports Management from Bowling Green State University. He is a Michigan native, and roots for the Detroit Red Wings, as well as the Tigers, Lions and Bowling Green State Falcons. When he’s not in the office, he enjoys supporting local sports teams the Tulsa Drillers and FC Tulsa. 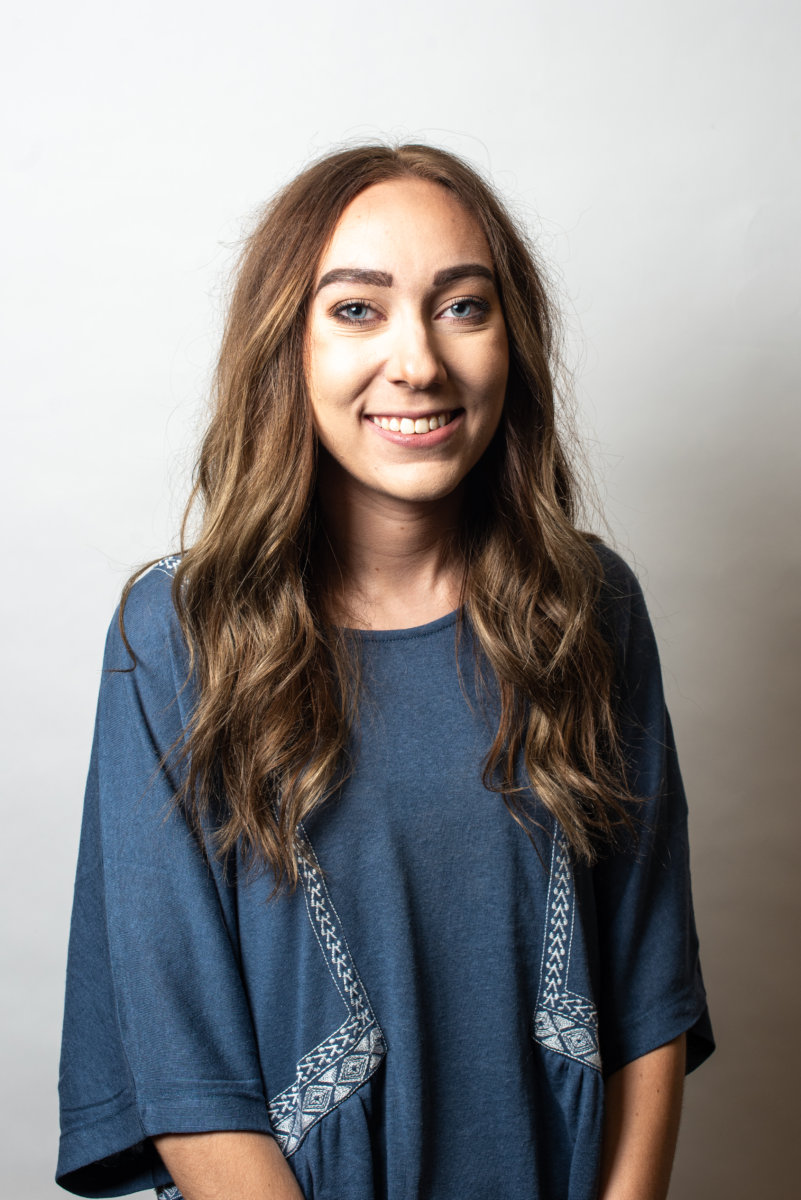 Nicole joined the Oilers in the summer of 2019, taking over Graphic Design and Social Media responsibilities, as well as assisting the sales department. Nicole is a native of Valparaiso, IN and graduated from  from Ball State University. Before joining the Oilers, Nicole interned at Cedar Point and with The Rockford IceHogs of the AHL. Nicole roots for the Chicago Bears and Blackhawks along with the Indiana Pacers 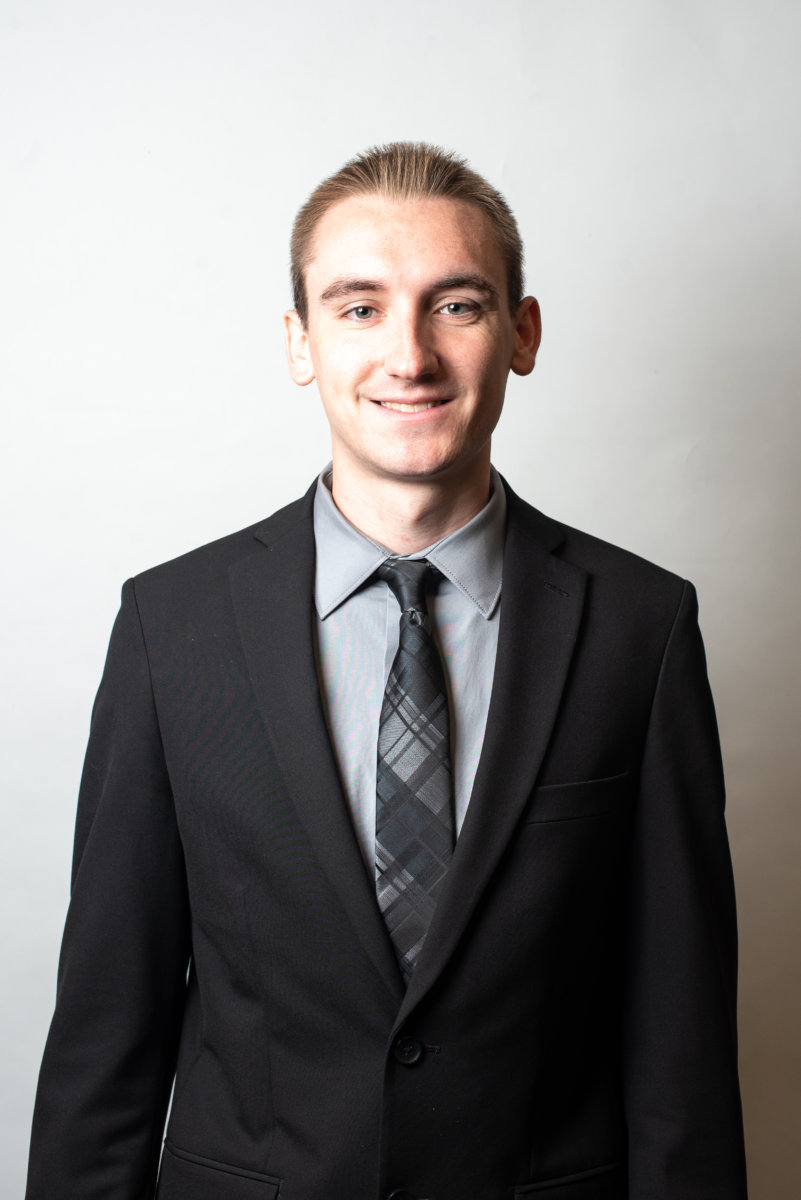 Adam joined the Oilers’ staff at the end of 2018-19 season. Adam was raised in Burlington, KS, interning for the high school’s athletic department upon graduating from the University of Kansas. Adam also interned with the Mountain West Conference in Colorado Springs, CO. The Kansan keeps his sports loyalties local, rooting for the Kansas City Chiefs, Kansas City Royals, Chicago Blackhawks and of course, his Kansas Jayhawks.

Luke joined the Oilers’ staff during the 2019-20 season as a Corporate Ambassador. He is also the color analyst for Oilers’ games, providing insight for fans listening to the broadcast. Luke is a graduate of Stephen F. Austin University in Nacogdoches, TX – broadcasting several of the school’s sporting events. A native of Tyler, TX, has a wealth of broadcast experience, providing play-by-play for the Brazos Valley Bombers.

Kathleen took the role as Retail Sales & Operations Coordinator ahead of the 2021-22 season, spending the three previous seasons as an Ice Girl. Kathleen lives in Sapulpa, OK with her husband, Tommy and their three dogs: Nala and Simba, who are both golden retrievers and Maggie, who is a mixed lab rescue. You can catch Kathleen spending time with friends and family during the offseason, or out on her boat wakeboarding. Kathleen roots for the Oklahoma State Cowboys — Go Pokes!

Garrett joined the Oilers in January of 2022, upon graduating from Culver Stockton college with a degree in Sports Management with an emphasis in marketing. While attending Culver Stockton, Garrett was involved in Greek life (TKE), Widlcat Athletic Council and Campus Programming Council. Garrett was also a four-year student athlete, bowling for the Wildcat’s NAIA bowling program. Garrett gained an interest in golf, cornhole and pool while working for a golf course in Boonville, MO before moving to Tulsa.

Paige originally joined the Oilers team as a merchandising rep for the team during the 2019-20 season before converting to a full-time position ahead of the 2022-23 season. A native of Broken Arrow, OK, Paige attended Oklahoma Wesleyan University in Bartlesville, OK, playing golf for the Eagles for four years while obtaining a B.S. in Chemistry. Paige’s favorite part of the job is working with fans, specifically witnessing and assisting in the excitement the Oilers’ experience brings them. Paige also used to volunteer at an autistic clinic and finds joy in helping others. Paige’s favorite animals are cows (moomoos), llamas, giraffes and elephants. While Paige doesn’t have any of those yet, she does have two dogs and three hairless cats — as well as three siblings.

Olivia joined the Oilers in July of 2022 upon graduating from the University of Arkansas with a degree in Communications and a minor in Event Management. The die-hard Razorback fan was involved with the Delta Gamma sorority during her time in Fayetteville. Born and raised in Arkansas, Olivia’s friends mock her Arkansas accent, but her chocolate lab Charlie doesn’t seem to mind.

Delaney joined the Oilers in July of 2022, hailing from Broken Arrow, OK. Her favorite sports teams are the San Antonio Spurs, OU and the Denver Broncos — where her Uncle played as a tight end. Delaney was a cheerleader her entire life, and now enjoys hanging out with friends, going to concerts and working with different people. Delaney has her cosmetology license from Paul Mitchell and is currently pursuing her undergrad at the University of Oklahoma. The 24-year-old grew up with three older brothers and also has a labradoodle named Rosie.