Defenseman is first to sign for 2017-18 ahead of his second pro season in Tulsa. 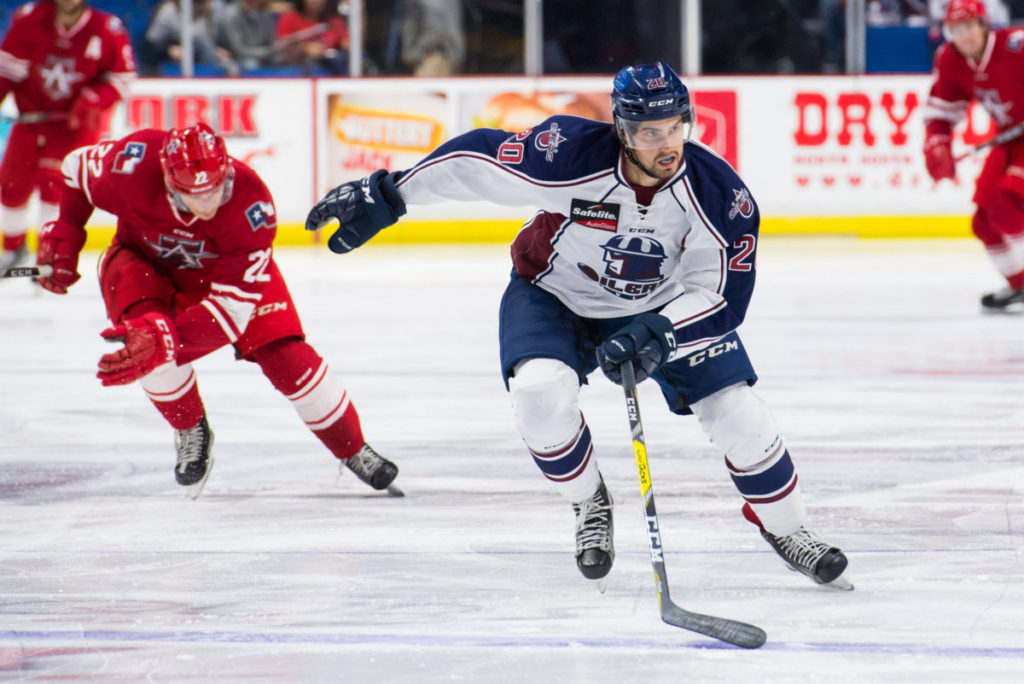 TULSA, OK – The Tulsa Oilers, proud member of the ECHL, and Head Coach Rob Murray announced the team’s first player signing of 2017-18 on Wednesday. Defenseman Eric Drapluk has agreed to terms to return to Tulsa for his second professional season.

Drapluk, 25, played in 68 of the Oilers’ 72 games during his rookie season in 2016-17. The Pembroke Pines, FL native scored two goals and added 17 assists from Tulsa’s blue line, while compiling 50 penalty minutes.

“I’m looking forward to a fresh start after a tough finish to last season,” said Drapluk. “I believe with the right tools put into place, we will have a great chance at bringing a championship to Tulsa.”

Drapluk skated in 14 games for the Oilers in the spring of 2015-16 at the conclusion of his senior season at Lake Superior State University.

“I’m most excited about getting back on the ice in front of the best fans in the ECHL,” Drapluk added.

Prior to college, Drapluk spent two seasons of juniors with the Coulee Region Chill of the North American Hockey League (NAHL), where he served as Captain in 2011-12.

The Tulsa Oilers begin their fourth ECHL season and tenth season of hockey at the BOK Center on Friday, October 13, when the Oilers host the Kansas City Mavericks. Season and Group Tickets are on sale now by calling the Oilers front office at 918-632-7825. Visit www.tulsaoilers.com for more information.