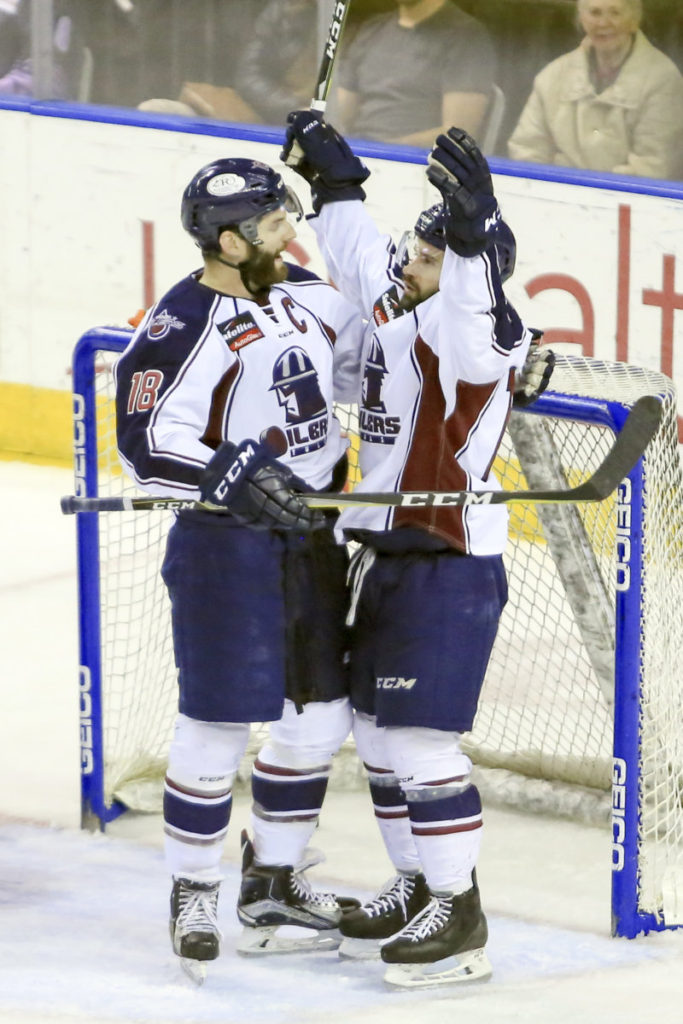 LOVELAND, CO – The Colorado Eagles scored twice in the first period Friday and never looked back in a 4-1 win over the Tulsa Oilers at Budweiser Events Center, snapping the Oilers’ six-game point streak.

The Eagles outshot the Oilers 17-5 in the opening period and scored twice to show for it. Colorado capitalized on its first power play, when Matt Register blasted a shot from the top of the left circle. Michael Joly added the second Eagles goal when he cleaned up a loose puck out of goal-mouth scramble to make it 2-0.

The Oilers had a quick start in the second period, but could not find a way to beat Eagles goaltender Lukas Hafner on eight shots in the frame, as Hafner carried his shutout bid into the third period. Colorado outshot Tulsa 12-8 in the period, but Devin Williams stopped all 12 Eagles attempts to keep the score 2-0 after 40 minutes.

Garrett Ladd deflected a centering pass past Hafner to spoil his shutout on an Oilers power play in the latter half of the third period to make it 2-1, but Colorado scored a controversial goal 40 seconds later on a wraparound by Joly. Matt Garbowsky added an empty net goal on a late Eagles power play to complete the scoring, Colorado won its 21st game at home this season.

The Oilers and Eagles finish off their nine-game season series Saturday at 8:05pm CT at the Budweiser Event Center. Catch the action on the Sports Animal, www.tulsaoilers.com or ECHL.TV, with coverage starting at 7:45pm.