Former Oilers star returns on a conditioning stint from his AHL team in Hartford.

TULSA, OK – The Tulsa Oilers, proud ECHL affiliate of the National Hockey League’s St. Louis Blues, and Head Coach Rob Murray announced Monday that forward Dan DeSalvo has been loaned to the Oilers from the Hartford Wolf Pack of the American Hockey League. 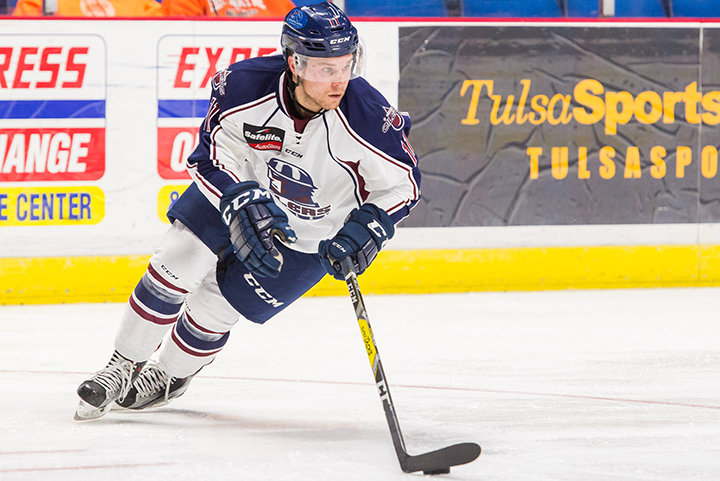 DeSalvo, 25, returns to the Oilers on a conditioning stint after posting 6 points (2g, 4a) in 28 games with the Wolf Pack, before suffering an injury in mid-December that kept him out of the lineup for over a month.

The Rolling Meadows, IL native recorded 13 points (6g, 7a) in 12 games with Tulsa last season, before earning his first AHL contract with the Manitoba Moose, where he posted 40 points (18g, 22a) in 66 games.

He was a four-year standout at Bowling Green State University before turning pro, where he compiled 102 points (29g, 73a) in 153 college games for the Falcons.

The Tulsa Oilers return home Tuesday to host the Rapid City Rush at 7:05pm on the York Plumbing Ice at the BOK Center. Fans can purchase $1 Hot Dogs at designated concession stands on the concourse. Tickets are available by calling 918-632-7825 or visiting www.tulsaoilers.com.