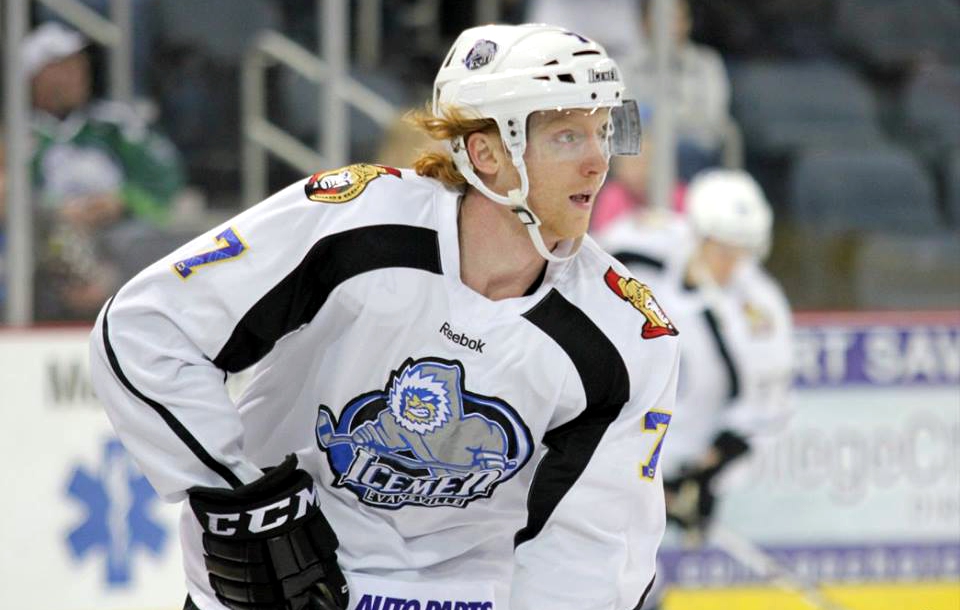 TULSA, OK – The Tulsa Oilers, proud ECHL affiliate of the Winnipeg Jets and Manitoba Moose, announced on Tuesday a trade with the Fort Wayne Komets that sends defenseman Randy Cure to Tulsa in exchange for an undisclosed amount of cash.

Cure, 6-foot-3, 205-pounds, did not appear in any games this season for the Komets but suited up in 30 regular season contests in 2014-15 for the Evansville Icemen and recorded one goal, three assists, and 32 penalty minutes. A native of Bloomington, Minnesota, Cure played four collegiate seasons at Mercyhurst and posted career-highs with eight assists and 32 penalty minutes during his senior season. The 25-year old began his pro career by dressing in seven games for the Elmira Jackals at the end of the 2013-14 campaign.

The Oilers, 2-3-0-0 on the season, are back on home ice at the BOK Center on Friday, October 30 at 7:05 p.m. for the first meeting of the season against the Missouri Mavericks.